RIP Kobe Bryant: Here's How Priyanka Chopra Paid a Tribute to the NBA Legend at Grammys 2020 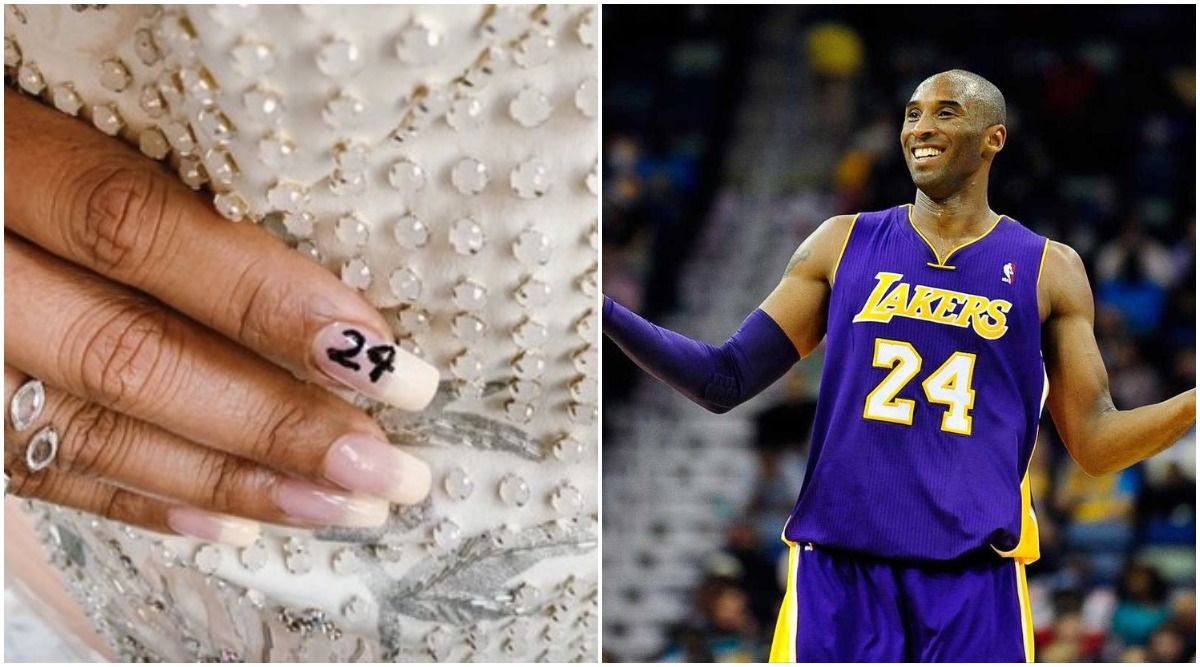 Actress Priyanka Chopra paid tribute to the late basketball star Kobe Bryant in a special way at the Grammys. The annual ceremony isn't only focused on music, as news broke earlier on Sunday that Bryant and his daughter had passed away in a helicopter crash in Calabasas, California. Many took to the star-studded ceremony to pay their respects to the NBA legend, including Diplo, Billy Ray Cyrus, Lil Nas X, Common and Priyanka. Kobe Bryant No More: Priyanka Chopra, Ranveer Singh, Karan Johar, Arjun Kapoor, Abhishek Bachchan Pay Moving Tributes to the NBA Legend.

The Indian actress took a moment to style her decorated nails with the number "24" written on her index finger, reports eonline.com.

That number belonged to Bryant, who played for the Los Angeles Lakers for 20 years before he retired in 2016.

"RIP Mamba," Priyanka shared on Instagram Story with a purple heart emoji, alongside an image of her tribute.

While attending the 2020 Grammys, she walked arm-in-arm with her husband and singer Nick Jonas. Grammys 2020: Priyanka Chopra Makes a Ravishing Appearance in a Sexy Beige Gown at the Pre-Event (View Pics).

"This guy," she shared on Instagram, with a photo of her and her beau striking a pose hours before making their way to the event.

The couple walked the red carpet with the Jonas Brothers and their spouses. Joe Jonas and Sophie Turner, Kevin and Danielle Jonas all arrived to the star-studded event together.