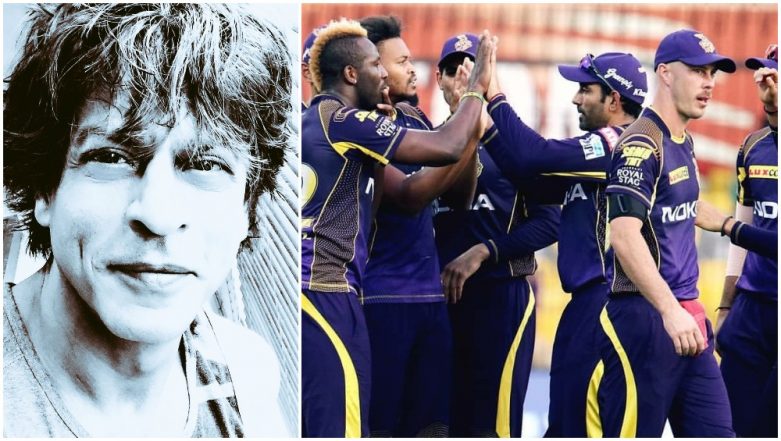 Before yesterday's match with Kings XI Punjab, Kolkata Knight Riders was going through a bad form in a previous couple of matches. Their crushing defeat against Mumbai Indians left the fans beleaguered and the co-owner Shah Rukh Khan a very disappointed man. He had even tweeted his apologies for the way his team performed and for showing lack of team spirit. He had written, "Sports is about the spirit & wins/losses don’t reflect that. But tonite as the ‘Boss’ I need to apologise to the fans for the lack of spirit".

Perhaps stung by his words, KKR has a rousing performance in yesterday's match, posting IPL 2018's highest ever total bolstered by Sunil Narine, captain Dinesh Karthik's knock. The win had lifted the spirits of the team's supporters, and also got them back in the top four of the IPL table. Above all, it put a smile back on Shah Rukh Khan's face.

On the behest of KKR captain Dinesh Karthik, Shah Rukh Khan has put up another tweet with a picture of him smiling. In the same tweet, he also thanked Andre Russell, Prasidh Krishna and Sunil Narine for their exemplary performances in the match.

My Captain @DineshKarthik asked me to smile cos I was so disappointed at the match before. This pic is for him. Thx @Russell12A @prasidh43 @SunilPNarine74 & #KKRTeam. Onwards & up... pic.twitter.com/G83DqW8Iwm

As the competition gets tougher in the matches ahead with the league coming to the close, we do hope that KKR keeps up the winning spirit, at least for the sake of their superstar owner's smile.