Shah Rukh Khan Posts a New Picture for the Sake of Trying a Filter and We Are All For It Considering His Amazingly Cool Look! 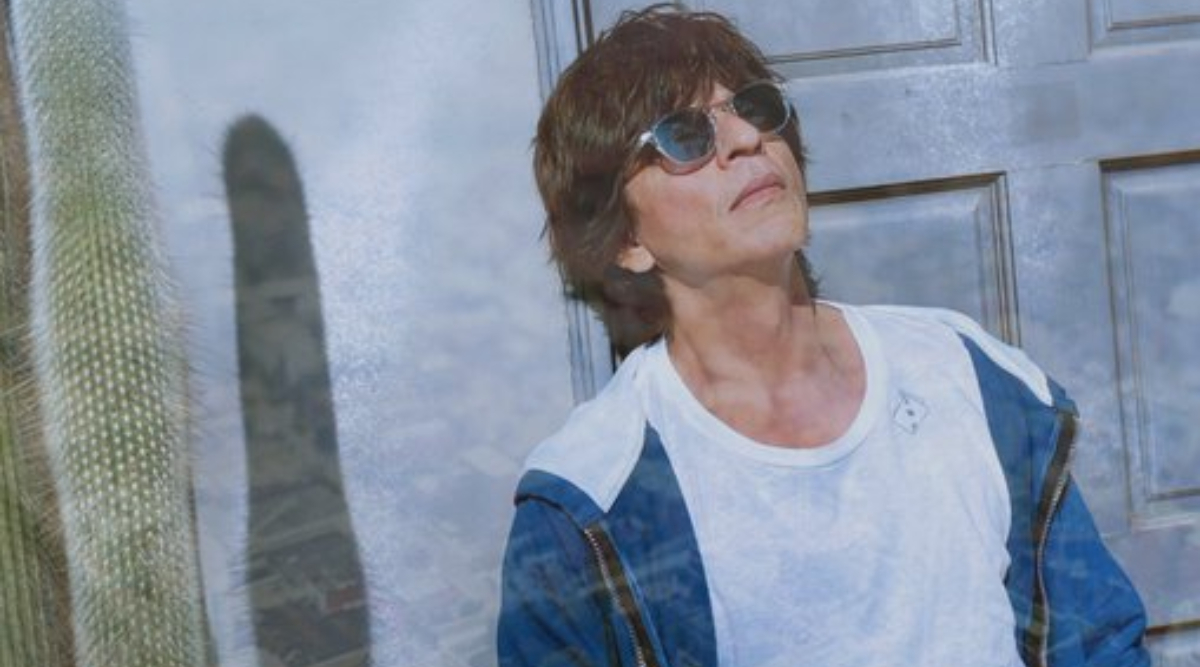 Shah Rukh Khan is having a great time in LA and a couple of days ago, the actor made sure to give his fans a treat as he shared a few pictures on Instagram. Shah Rukh was seen posing in a beautiful Airbnb in California as he posted a series of pictures that showed him enjoying his lavish vacay. Considering the actor's fans are always waiting to get a glimpse of what the star is up to, these pictures became a huge hit with them. The 54-year-old actor has now shared a new picture on his Twitter and it looks even better than the ones before. Shah Rukh Khan is Living Life King Size at His LA Vacation and These Drool-Worthy Stylish Pics Are Unmissable!

In the new snap, Shah Rukh is seen posing in a rather cool avatar as he's sporting a white tee along with a blue jacket. The actor is seen wearing shades and looking all handsome in the picture. As always, the kind of sassy personality that he is, SRK made sure to make his caption funny enough to have us all laughing. As per his post, the Zero star was merely looking for a reason to try a new filter and hence the picture. Sharing the photo, he wrote, "Your feelings are your Super powers”...just wanted to sound ‘deep’...the real reason for the tweet is to try out this new filter on the pic!" Shah Rukh Khan's Collaboration with Raj and DK is a Comic Action Thriller?.

Check Out His Picture Here:

“Your feelings are your Super powers”...just wanted to sound ‘deep’...the real reason for the tweet is to try out this new filter on the pic! pic.twitter.com/vJI71yftGE

While the actor is enjoying himself in LA, speculations about his upcoming projects keeping propping up every day. From a Rajkumar Hirani and Atlee film to a comedy-drama with Raj and DK, the list of SRK's upcoming project keeps increasing without any confirmation yet. We surely hope that after coming back from this vacation, the actor finally reveals what his next project will be!