Three persons, including one Maharaj Shah, who is allegedly linked to the drug probe following the death of Bollywood actor Sushant Singh Rajput last year, have been arrested by the Narcotics Control Bureau officials in Goa, an official said on Monday. 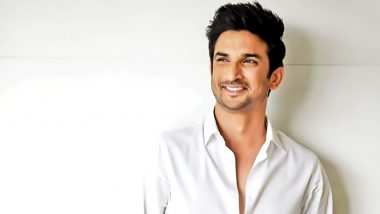 "We have arrested one Maharaj Shah from Miramar in Panaji and two foreign nationals as part of our raids," the official said, adding that large quantities of drugs have also been seized as part of the Bureau's operation. The NCB is expected to issue a formal statement, later in the day, on the simultaneous raids which have been conducted by the central agency since Sunday. Sushant Singh Rajput And Rhea Chakraborty’s Film Might Have A New Hero, Rumi Jaffery Reveals.

The NCB has been tasked with probing the allegations of drug abuse, linked to the death of Sushant Singh Rajput, who hanged himself in June 2020 in his rented Bandra flat in Mumbai.

(The above story first appeared on LatestLY on Mar 08, 2021 12:21 PM IST. For more news and updates on politics, world, sports, entertainment and lifestyle, log on to our website latestly.com).