The Big Bang Theory will air its final episode in 2019. The programme's 12th and final season will premiere on 24 September and is expected to conclude in May 2019. 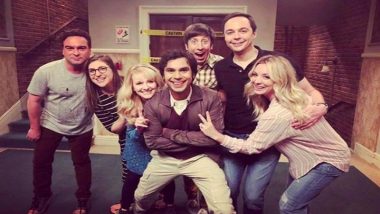 The Big Bang Theory will air its final episode in 2019. The programme's 12th and final season will premiere on 24 September and is expected to conclude in May 2019.

Warner Bros. Television, which produces the series, announced that the comedy's upcoming Season 12 will be its last.

In a joint statement, Warner Bros. Television, CBS and Chuck Lorre Productions said: "We are forever grateful to our fans for their support of 'The Big Bang Theory' during the past twelve seasons. We, along with the cast, writers and crew, are extremely appreciative of the show's success and aim to deliver a final season, and series finale that will bring 'The Big Bang Theory' to an epic creative close."

“We are forever grateful to our fans for their support of The #BigBangTheory during the past twelve seasons..." pic.twitter.com/OWIHsICi6e

The show will conclude as the longest-running multi-camera sitcom in TV history, the studio said.

The show, which began as a story about a group of sci-fi-loving intellectuals who form a pseudo family, has maintained its popularity and even fawned cult followings. It reportedly averaged 18.6 million viewers per episode in its 11th season, more than any other show on American television.

The Big Bang Theory made its debut in 2007 and has since won seven Emmys from 46 nominations, including four Outstanding Lead Actor wins for Jim Parsons, who plays the genius but socially inept character Sheldon Cooper and one for Mayim Bialik for best supporting actress in a comedy series.

The character of Sheldon Cooper became the major success story of the show, earning a spin-off series, Young Sheldon.

In 2016, the principal cast earned about $1 million per episode, although there were reports they accepted a pay cut to ensure other cast members got rises.

Entertainment Weekly report that these large pay packets and the show's many years on the air meant it was probably the most expensive show to produce on television.

(The above story first appeared on LatestLY on Aug 23, 2018 05:16 AM IST. For more news and updates on politics, world, sports, entertainment and lifestyle, log on to our website latestly.com).