Emma Watson, Harry Potter Actress, Is Not Retiring From Acting To Settle With Beau Leo Robinton, Clarifies Her Manager

Harry Potter actress Emma Watson was all over Twitter on Thursday (Feb 25) after an article in The Daily Mail hinted that she has quit acting. Now, the actress' manager Jason Weinberg has denied the retirement rumour. Check it out. 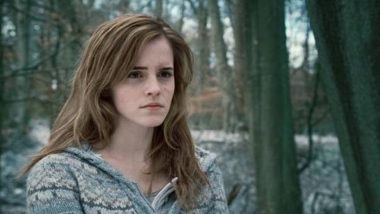 Harry Potter actress Emma Watson was all over Twitter on Thursday (Feb 25) after an article in Daily Mail hinted that she has quit acting. The report mentioned that Emma has gone dormant and is now keen on settling with her beau Leo Robinton. "Emma has gone underground, she is settling down with Leo. They're laying low. Maybe she wants a family, " the portal wrote. For the unaware, Watson has been seeing Leo for almost one-and-a-half year. Now, the actress' manager Jason Weinberg has denied the retirement rumour. Emma Watson Birthday Special: Here's Taking a Look at the Way She Dresses to Express and Not Impress (View Pics).

Setting the record straight he told to EW, "Emma's social media accounts are dormant but her career isn't." Well, we are sure that now fans of the actress would breathe a sigh of relief now. As when they've come across the news of Emma retiring, some started to weep and a few also had given a tribute to her work.

Indeed, we are happy that such a brilliant actress is not saying goodbye to the silver screen and mostly is be on a break to stay away from the hectic working hours. We cannot wait for Emma to announce her next soon! Harry Potter Actress Emma Watson Takes a Stand Against JK Rowling's Transphobic Tweets.

Meanwhile, Emma has been relatively low on social media as well with regards to her career.  Her last tweet was in August 2020 whereas she was last seen in Little Women (2019 ). She was earlier seen in The Circle and the live-action Beauty and the Beast. Stay tuned!

(The above story first appeared on LatestLY on Feb 26, 2021 10:52 AM IST. For more news and updates on politics, world, sports, entertainment and lifestyle, log on to our website latestly.com).