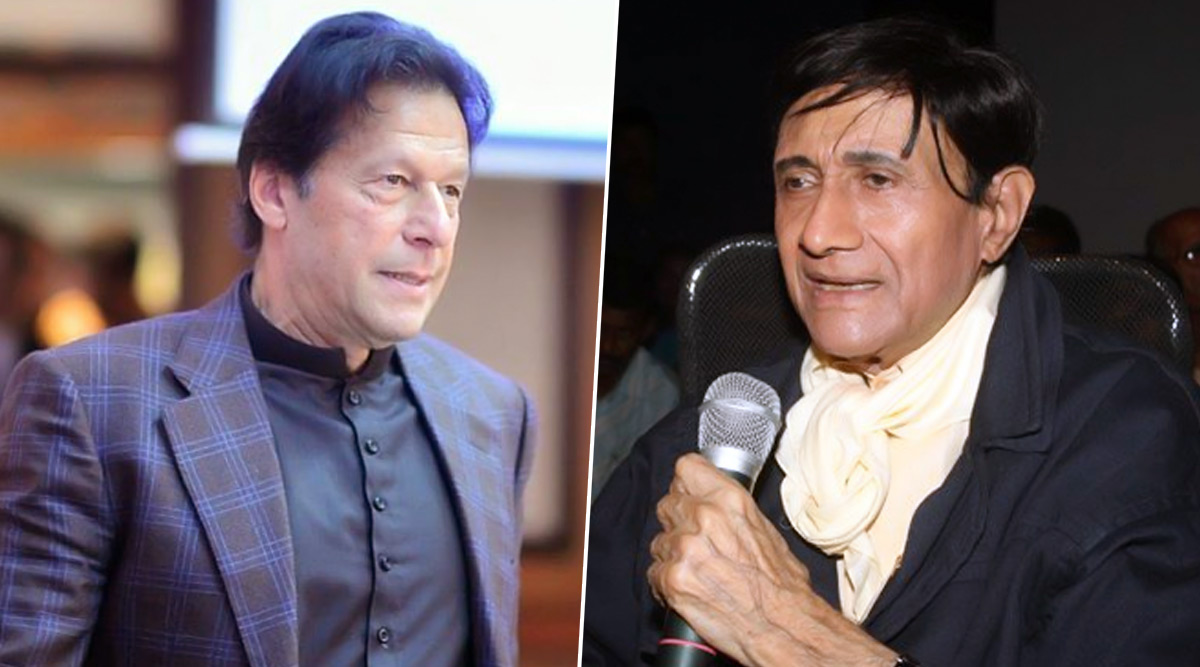 Islamabad, January 4: An old video of Pakistan Prime Minister Imran Khan, that has been making rounds on social media, shows him being interviewed live on an Indian TV show during which he admits that he was asked to work in a Bollywood film by the late Indian actor Dev Anand. Harbhajan Singh Compares Jasprit Bumrah's Style to Bollywood Actor Dev Anand.

"You won't believe it but I was once I asked by a brilliant Indian actor who we all look up to, to act in one of his upcoming film. In fact, he even turned up in England to request me, but I was puzzled," The Express Tribune reported on Thursday citing Khan as saying in the video.

The premier was then asked details about who asked him and why he rejected, to which Khan said: "I won't name him because it'll be embarrassing." But upon being pressured by the host to reveal the actor's name, Khan confirmed it was Dev Anand. Rishi Kapoor's Tribute to the Legendary Actor Dev Anand on 96th Birth Anniversary Is Unmissable.

"For me it's strange, to think that just because I'm a cricketer, doesn't mean I can be an actor as well. It doesn't make sense to me. "(Indian-origin director) Ismail Merchant also once asked me to act in a film, but again I was puzzled because I can't act. I couldn't even act in a school play, let alone a film," Khan was quoted as saying. This incident was mentioned in Dev Anand's autobiography, "Romancing with Life".