Kannada Actress Chandana Records Video of Herself Consuming Poison and Committing Suicide; Accuses Her Lover For Taking This Step

2020 is turning out to be the darkest phase for the entertainment industry. As in a shocking turn of events, one of Sandalwood's popular faces namely Chandana committed suicide blaming her lover Dinesh. Read. 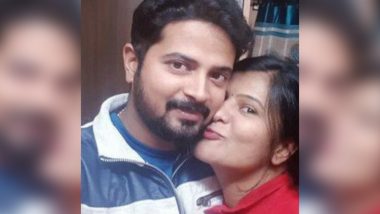 2020 is turning out to be the darkest phase for the entertainment industry. As in a shocking turn of events, one of Sandalwood's popular faces namely Chandana committed suicide on Monday (June 1) in Bengaluru, reports IB Times. The report further states that the Kannada actress recorded a video of herself while drinking poison and also accused her boyfriend of ending her life. Her lover Dinesh is currently missing. Chandana was taken to a private hospital but sadly could not survive. Meanwhile, investigation with regards to the same is under process after the self-recorded video by the South actress went viral. Crime Patrol Actress Preksha Mehta Commits Suicide.

As per the reports, Chandana and Dinesh were seeing each other from the past five years. However, Dinesh was only keen on getting married to the actress if he got an official proposal from the girl's family. To this, the actress' family had recently visited Dinesh's home where the man's parents talked ill about Chandana's character. Reportedly, in the viral video, the actress revealed that she is unable to take the rejection and so is taking the extreme step. Actor Mohit Baghel Dies At 26 Due to Cancer; Parineeti Chopra Mourns the Loss of Her Jabariya Jodi Co-Star (View Tweet).

Meanwhile, at Saddagunte Palya Police Station, five people were called including Dinesh his parents, father-in-law and other family members and an FIR has been filed against them for cheating Chandana. Stay tuned for more updates on the same.

(The above story first appeared on LatestLY on Jun 02, 2020 12:41 PM IST. For more news and updates on politics, world, sports, entertainment and lifestyle, log on to our website latestly.com).