Mahesh Babu to Team Up with Director Puri Jagannadh for the Third Time?

Mahesh Babu and Puri Jagannadh have previously worked together for the films Pokiri (2006) and Businessman (2012). 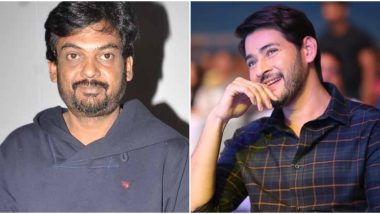 Mahesh Babu and Puri Jagannadh have previously worked together for the films Pokiri (2006) and Businessman (2012). The action thriller Pokiri had remained the highest-grossing Telugu film for three years and also Businessman was one of the highest grossing Telugu films of 2012. The actor and director duo became a hit combination since then. It has been almost eight years now since Mahesh Babu and Puri Jagannadh have not collaborated for any films and fans are eagerly waiting to know about their next project together, which would also mark their third outing together. Sarkaru Vaari Paata: Here’s What Mahesh Babu Has to Say about the Release of His Upcoming Telugu Film!

On May 31, Mahesh Babu had conducted a Q&A session on Instagram, where his fans asked about his upcoming projects and many other intriguing things. One of the fans asked him about his plans to team with director Puri Jagannadh. The fan asked, “Sir in future will you do movie with Puri Sir? Waiting Sir”. To this Mahesh Babu responded saying, “Absolutely I would! @purijagannadh is one of my favourite directors… I’m still waiting for him to come and narrate to me”. The actor’s response has definitely left all his fans excited. We wonder if that was a hint that they are teaming up soon. Well, we have to wait for an official announcement. South Actress Ramya Krishnan Joins Vijay Deverakonda and Ananya Panday in Puri Jagannadh’s Film?

Mahesh Babu On His Collaboration With Puri Jagannadh 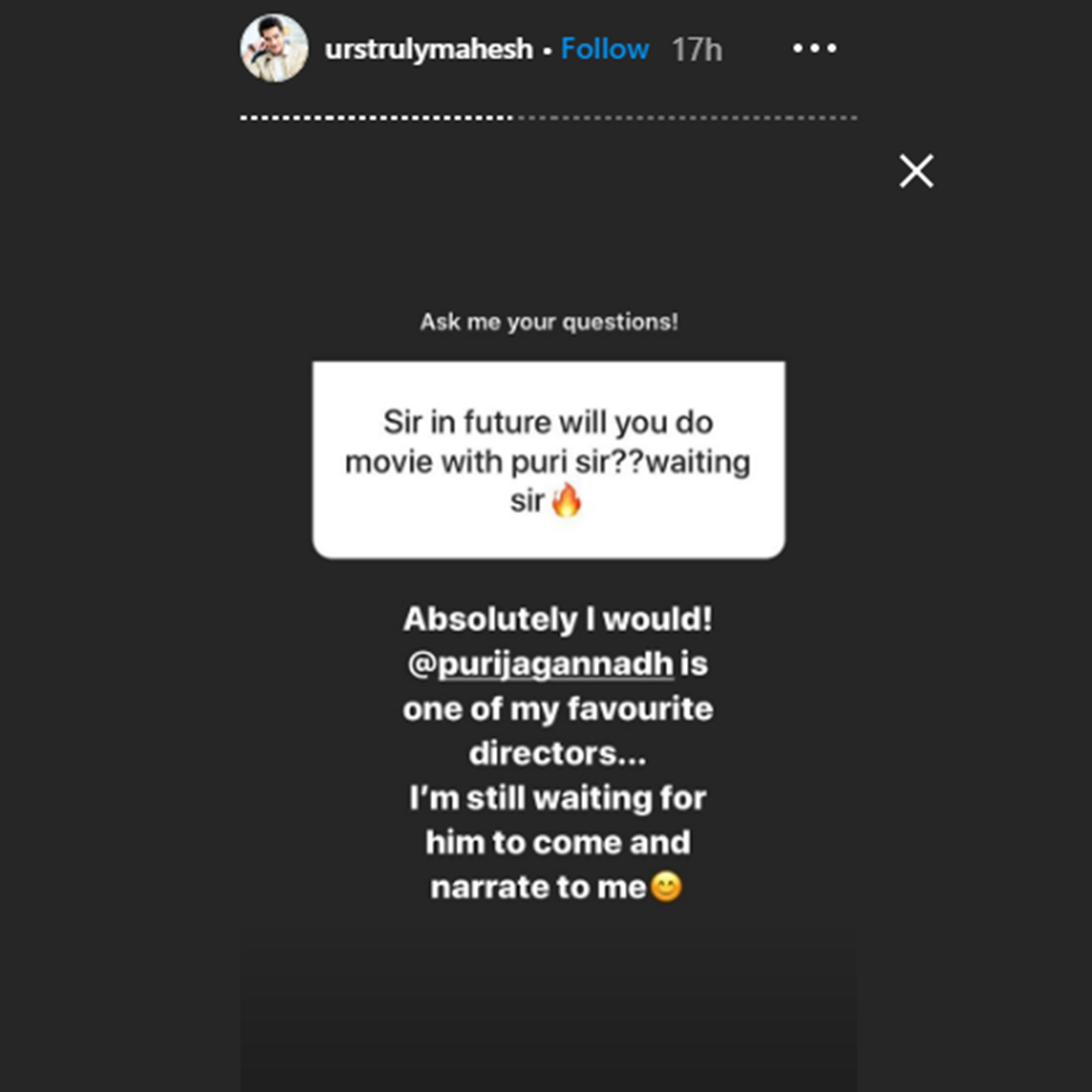 Meanwhile, Mahesh Babu will next be seen in Parasuram directorial Sarkaru Vaari Paata. He also has an untitled project with SS Rajamouli. On the other hand, Puri Jagannadh is currently working with Vijay Deverakonda and Ananya Panday on the film Fighter. Keep watching this space for more intriguing updates from the world of showbiz!

(The above story first appeared on LatestLY on Jun 01, 2020 11:24 AM IST. For more news and updates on politics, world, sports, entertainment and lifestyle, log on to our website latestly.com).