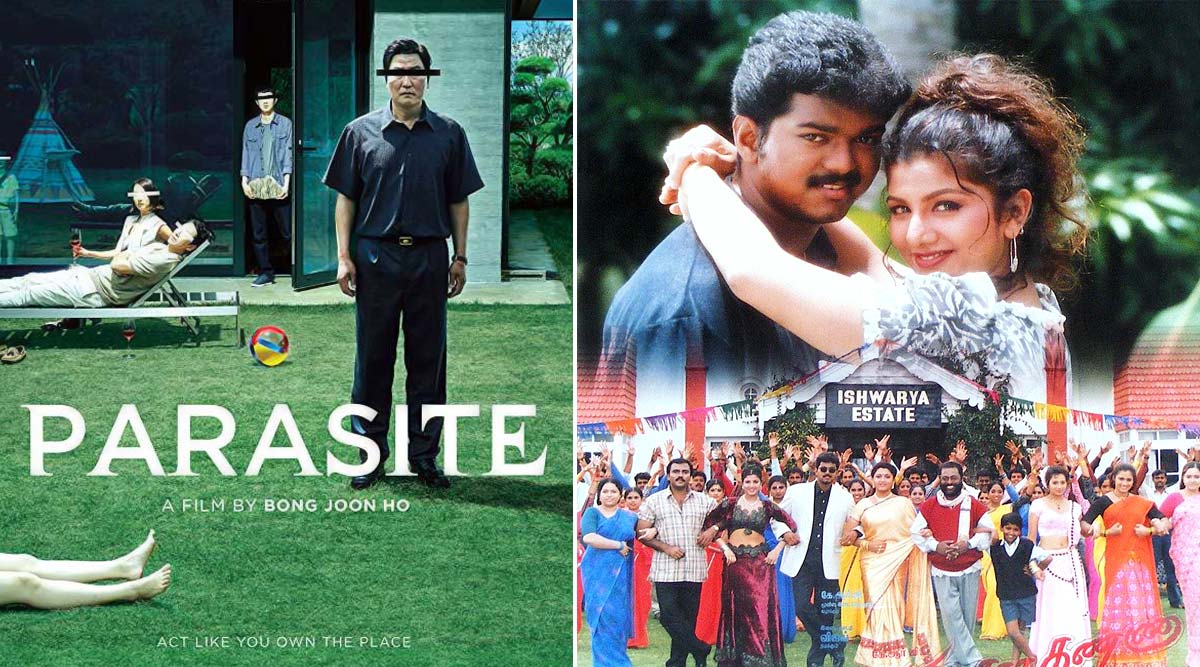 Tamil producer PL Thenappan, who holds the rights of the 1999 Vijay-starrer Minsara Kanna, has declared he will sue the makers of Parasite, the Korean film that won big at the recent Oscars on grounds of plagiarism. "On Monday or Tuesday, I will be filing a case with help from an international lawyer. They have taken the plot from my film. When they find out that some of our films have been inspired by their films, they file cases. Similarly, it is only fair for us to do the same," Thenappan told thenewsminute.com, adding that he would seek compensation from the producers of "Parasite" for copying the idea of his film.

On Sunday evening in Los Angeles, Bong Joon-ho's Parasite created history by becoming the first foreign-language film to win the Best Film award at the Oscars, besides trophies for Best Director, Best Original Screenplay and Best Foreign Film. Soon, Vijay fans were claiming the story of "Parasite" is the same of as Minsara Kanna, a film directed by KS Ravikumar starring Vijay. Although social media has refused to take the plagiarism claims seriously, Thenappan insisted he means business. Parasite: Tamil Movie Minsara Kanna’s Producer Wants to Sue the Makers of the Oscar Award Winning Film for Lifting his Idea.

Director Ravikumar on his part is happy that the controversy will bring international limelight to his film. "I'm happy that the story has received an Oscar, even if it (Minsara Kanna) served as an inspiration. However, filing a case is up to the producer," Ravikumar said, according to the website. Minsara Kanna, also featuring Rambha, Monica Castelino and Khushboo, is about Kaasi (Vijay) entering the household of a rich woman as a driver and soon, one by one, gets his family members employed in her household, with a motive. All through the film, they must keep their identities a secret and work as strangers. Mark Ruffalo in Talks to Headline Bong Joon-Ho’s Oscar-Winning Film Parasite’s Spin-Off Series for HBO.

Parasite, is a black comedy that talks of class divide and how societal discrimination makes the affluent set insensitive about the less privileged. The film traces a fascinating tale of survival through the story of a lower-class family that infiltrates the household of a super-rich family one by one as employees. Although the plot point would seem to bear remote resemblance, "Parasite" is actually a very different piece of work, and also far more enriched in terms of cinematic idiom and aesthetics.