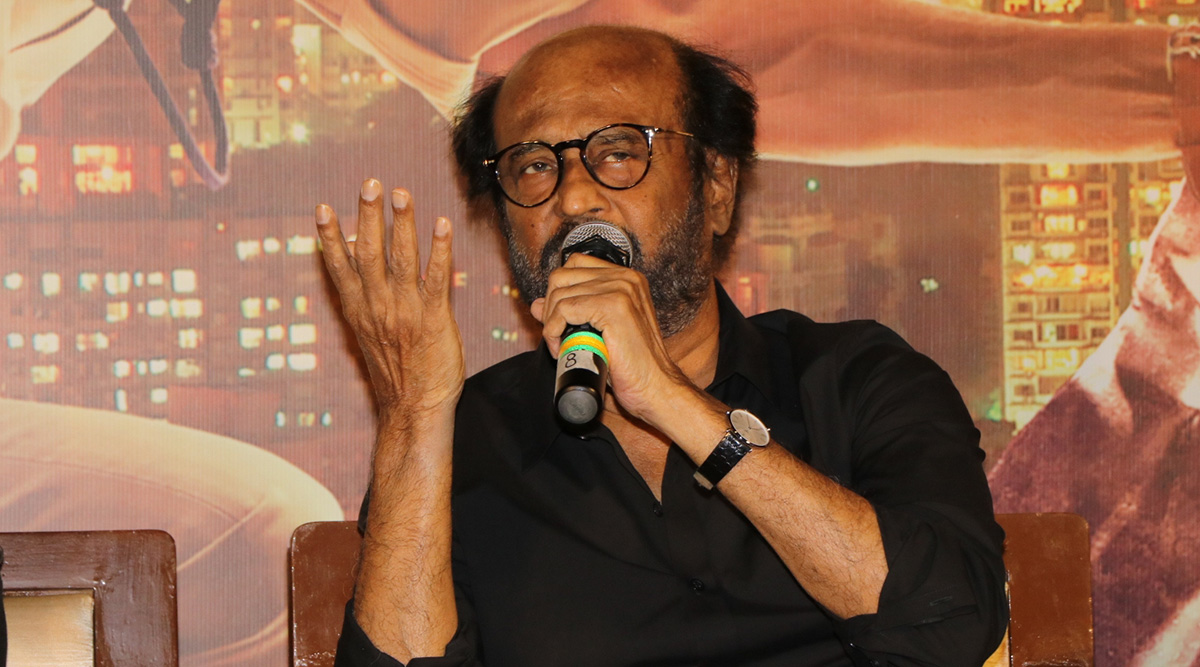 Chennai, February 22: Superstar Rajinikanth has sought exemption from personal appearance before the Aruna Jagadeesn Commission of Inquiry and has agreed to be ready to answer written questions. The one person commission was set up by the Tamil Nadu government to probe into the violence and subsequent police firing that killed 13 people during the anti-Sterlite copper smelter plant in Thoothukudi in May 22, 2018. The Commission had summoned Rajinikanth to appear before it on February 25.

Seeking exemption from his personal appearance as it would inconvenience the general public, Rajinikanth suggested to the Commission that he would answer written questions. After visiting the injured people in Thoothukudi hospital in May 2018, Rajinikanth had told reporters it was the anti-social elements who indulged in arson and violence in Thoothukudi during protests against a Sterlite factory that led to the death of 13 people in police firing. Rajinikanth Summoned by Commission Probing 2018 Tuticorin Firing Incident For 'Anti-Social Elements' Remark.

He said the Thoothukudi protests on May 22 turned violent only after police were attacked by anti-social elements, adding he would not accept attack on police. Rajinikanth also said, as it happened during the Jallikattu demonstrations, miscreants infiltrated the movement in Thoothukudi where a peaceful protest was being organised against the Sterlite Copper smelter plant of Vedanta Ltd.