Asim Riaz Turned Down the Offer of Being a Part of Bigg Boss 14, Feels It Was Not the Right Time for Him

Talking about the current season of Bigg Boss, the show has gained momentum after the entry of Vikas Gupta, Rakhi Sawant, Rahul Mahajan, Arshi Khan. 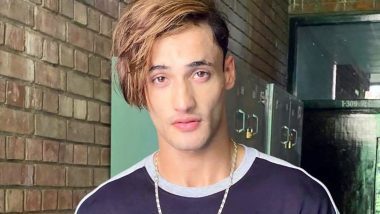 Handsome hunk Asim Riaz gained a lot of popularity after his stint during Bigg Boss 13. He was one of the most loved housemates at that time and it lead him to become the first runner up of the reality show last year. Post his BB13 days, Asim's fan following increased by large numbers. We often spotted the actor in music videos and his social media posts were always flooded with heartfelt comments for the actor. But would Asim go back and do it all again? Well, we don't think so! Asim Riaz's Collaboration With DJ Snake Is Finally Happening, Bigg Boss 13 Runner-Up Shares Pic With International DJ.

Just like ex-contestants Vikas Gupta, Hina Khan, Sidharth Shukla, Arshi Khan, Asim was also offered to be a part of Bigg Boss 14. The actor, however, felt that he was not at all ready to go back to the house and hence refused the offer, Talking to Bollywood Bubble, Asim said that he is still recovering from the Bigg Boss 13 impact that affected him quite a bit. He added that if given a chance in the future, he will surely go back in the house.

“Yes, I was offered. But the thing is that I have to spend 140 days in the house. It was a long time. For me, at that time I just recovered and it leaves an impact on your head that you just remember something and it’s like ‘I don’t want to go back’. This is not the right time for me to go. I thought I have just recovered and was doing good in my life. If I get a chance I will go. But at that time when I was offered, I wasn’t ready to be very honest," revealed the actor. Bigg Boss 13 Finale: Asim Riaz and Sidharth Shukla Are The Top 2 Contestants.

Talking about the current season of Bigg Boss, the show has gained momentum after the entry of Vikas Gupta, Rakhi Sawant, Rahul Mahajan, Arshi Khan. This season saw many plot twists like the entry of seniors - Gahauar Kha, Sidharth Shukla and Hina Khan. We saw Rahul Vaidya propose his long time girlfriend Disha Parmar on national television and a lot of ugly fights that will take the whole day to cover.

Talking about Asim, he has been on quite the career-high post Bigg Boss 13. He featured in the music video of songs like "Mere Aangne Mein" opposite Jacqueline Fernandes, followed by "Kalla Sohna Nai", "Khyaal Rakhya Kar", "Dil Ko Maine Di Kasam" and "Afsos Karoge" with his girlfriend Himanshi Khurana, "Teri Gali" with Barbie Maan and a reboot of "Badan Pe Sitare" with Sehnoor. He also has collaborated with DJ Snake and his fans are eagerly waiting to see the song.

(The above story first appeared on LatestLY on Dec 27, 2020 06:06 PM IST. For more news and updates on politics, world, sports, entertainment and lifestyle, log on to our website latestly.com).