Vikas told how Vikas Gupta's involvement in his life only made him lose a lot on the career front. He even spoke about how Parth Samthaan and Priyanka Sharma excelled professionally because of him. 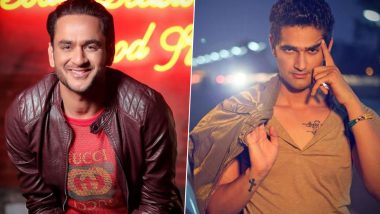 Bigg Boss 14's Vikas Gupta has always been surrounded by controversies. Be it his equation with television actors like Parth Samthaan, Priyank Sharma or his verbal spats with Arshi Khan, Aly Goni in the BB house, the producer always manages to become the talk of the town. The actor has been accused of misconduct many times and now another actor has come forward to talk about his experience working with Vikas. Former Roadies contestant Vikas Khoker in a recent interview has claimed that the mastermind had ruined his life. Vikas Gupta Comes Out As Bisexual; Gauahar Khan, Karan Kundrra, Surbhi Chandna Beam With Pride For The Fellow Producer.

Vikas was talking to Navbharat Times when he told how Vikas Gupta's involvement in his life only made him lose a lot on the career front. He even spoke about how Parth Samthaan and Priyanka Sharma excelled professionally because they were in a relationship with Vikas at some point in time. He narrated a few incidents and claimed that the Bigg Boss contestant had once asked Khoker for pictures of his private parts as well. "After I won Roadies in the year 2012, many people asked me to get involved with them physically and one of them was Vikas Gupta, who had approached me to fulfil his sexual desire," revealed Vikas Koher.

He went on to narrate that he had exchanged numbers with the producer when he met him in a coffee shop. Vikas texted him to meet him at his Malad house. Khoker somehow stalled the plan and asked Vikas to meet him some other day at a coffee shop. The Bigg Boss contestant then told Khoker that since he had a backache, he cannot go outside and he wishes for Khoker to come to his home and give him a massage.

“Though I somehow avoided Gupta on that day (when asked to come home), he later approached me through an actor friend who told me that he can help me get a good job in the industry as Gupta had a very strong hold in Ekta Kapoor's company Balaji. But I made it clear that I do not want to compromise and will do whatever I can with my hard work,” he added. He also that Vikas is acting on the reality show right now only to gain sympathy.  Vikas Gupta's Explosive Revelations: Confirms Being In Relationships With Parth Samthaan and Priyank Sharma, Calls Shilpa Shinde 'Worst Human Being I Ever Met'.

But, the persuasion did not stop from Gupta's side according to Khoker. Vikas Gupta had allegedly even asked for his photos and nudes, on the pretence of casting him in a show. "He told me that he wanted to see my body and private parts. Gupta says that whoever will be close to him, he will be a star,” he added. Well, since Vikas is still in the BB house, he has not reacted to these allegations yet. The producer is said to eliminated from the Bigg Boss house this week, so it will be interesting to see what the mastermind has to say about these allegations.

(The above story first appeared on LatestLY on Jan 30, 2021 03:05 PM IST. For more news and updates on politics, world, sports, entertainment and lifestyle, log on to our website latestly.com).