House of the Dragon Review: Matt Smith’s ‘Game of Thrones’ Prequel Series Is An Impressive Return to Westeros! (LatestLY Exclusive)

House of the Dragon is an upcoming prequel to Game of Thrones set 200 years before the events of A Song of Ice and Fire. Starring Paddy Considine, Matt Smith, Milly Alcock, Emily Carey, Rhys Ifans, Steve Toussaint and more, the series premieres on Disney+ Hotstar starting August 22, 2022. 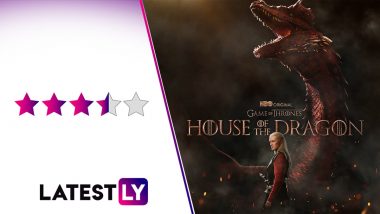 House of the Dragons Series Review: When Game of Thrones ended, there was a severe drought of high-level fantasy series. The ones that were releasing were lacking in quality or would be compared to GOT (anyone remembers Wheel of Time? Hello?). Even with the story of A Song of Ice and Fire ending with a dud that had fans ready with pitchforks outside of HBO’s offices, there was a dragon-sized hole in the hearts of people who just craved medieval fantasy. Now that House of the Dragon has arrived, we can finally compare Game of Thrones with Game of Thrones, bringing us full circle and the results are pretty entertaining to say the least. House of the Dragon Review: Critics Call Paddy Considine and Matt Smith's 'Game of Thrones' Prequel a 'Roaring Success'.

Created by the man himself George RR Martin who is then joined by Ryan J Condal, comes House of the Dragon. A series set 200 years before A Song of Ice and Fire, tells the tale of the fall of House of Targaryen as political tensions arise and the classic Westeros backstabbings come into play. With King Viserys Targaryen (Paddy Considine) ruling over the seven kingdoms, there comes a power struggle as the time of choosing a new heir arrives. With his daughter Rhaenyra (Milly Alcock) and brother Daemon Targaryen (Matt Smith) being the two logical choices, a civil war is bound to erupt. 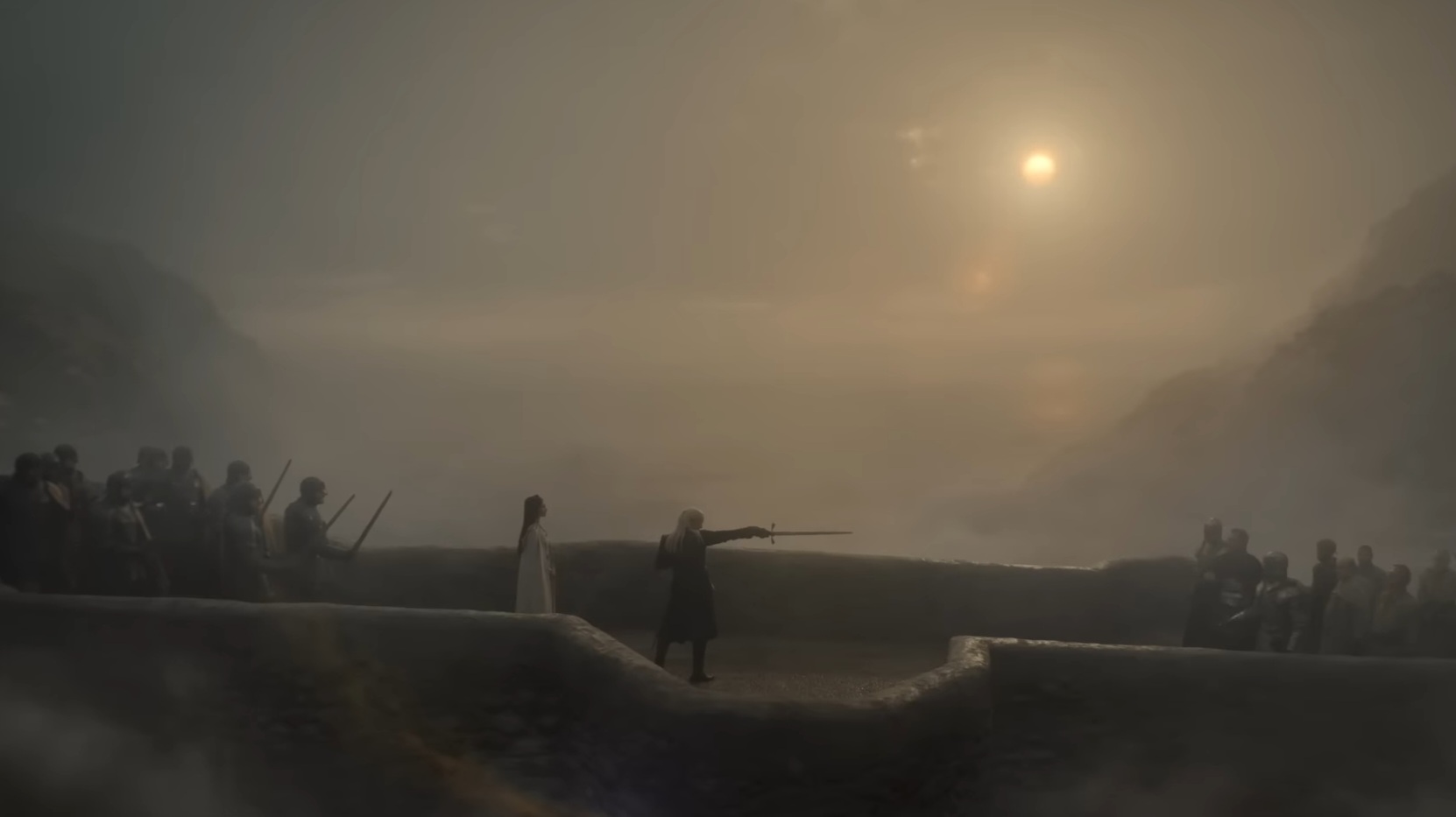 The first question that will come to your mind is “why should I watch House of the Dragon knowing how Game of Thrones Ended?” And that’s a pretty valid concern, but the first episode makes a pretty good case for itself. With us being transported back to of Viserys’ rule, the age of Dragons looks interesting enough that you won’t really think much about GOT. Of course, it has all the classic Game of Thrones tropes of sex, violence, blood, tyranny and a splash of incest, however seeing it through the eyes of a united kingdom at the precipice of an all-out war lends itself to being different enough that a distinguish can be made.

With Ramin Djawadi providing his score that’s laid in with the classic le motifs of tunes that still live in our ears, the world of Westeros looks better than ever. The scope is huge and it’s felt in every frame of it as the dragons fly across the clouds and the crowds walk in the streets. The budget gets justified and the world feels lived in.

Paddy Considine does great as Viserys. A king who just wants to make sure that everything is peaceful (little did he know, he is in the Game of Thrones universe), the desperation within him is felt. A flawed man who has goodness in him, but is constantly at odds with how he feels and it pushes him to do some questionable stuff – it makes Considine tap into some dark sides.

Matt Smith’s Daemon is as ruthless as they come with the House of the Dragon showcasing an extremely violent power play from him, while Milly Alcock’s innocent Rhaenyra makes for a sweet but naïve princess. The supporting cast which includes the likes of Rhys Ifans, Steve Toussaint and more also provides for a great court of the seven kingdoms with a political feel to it. 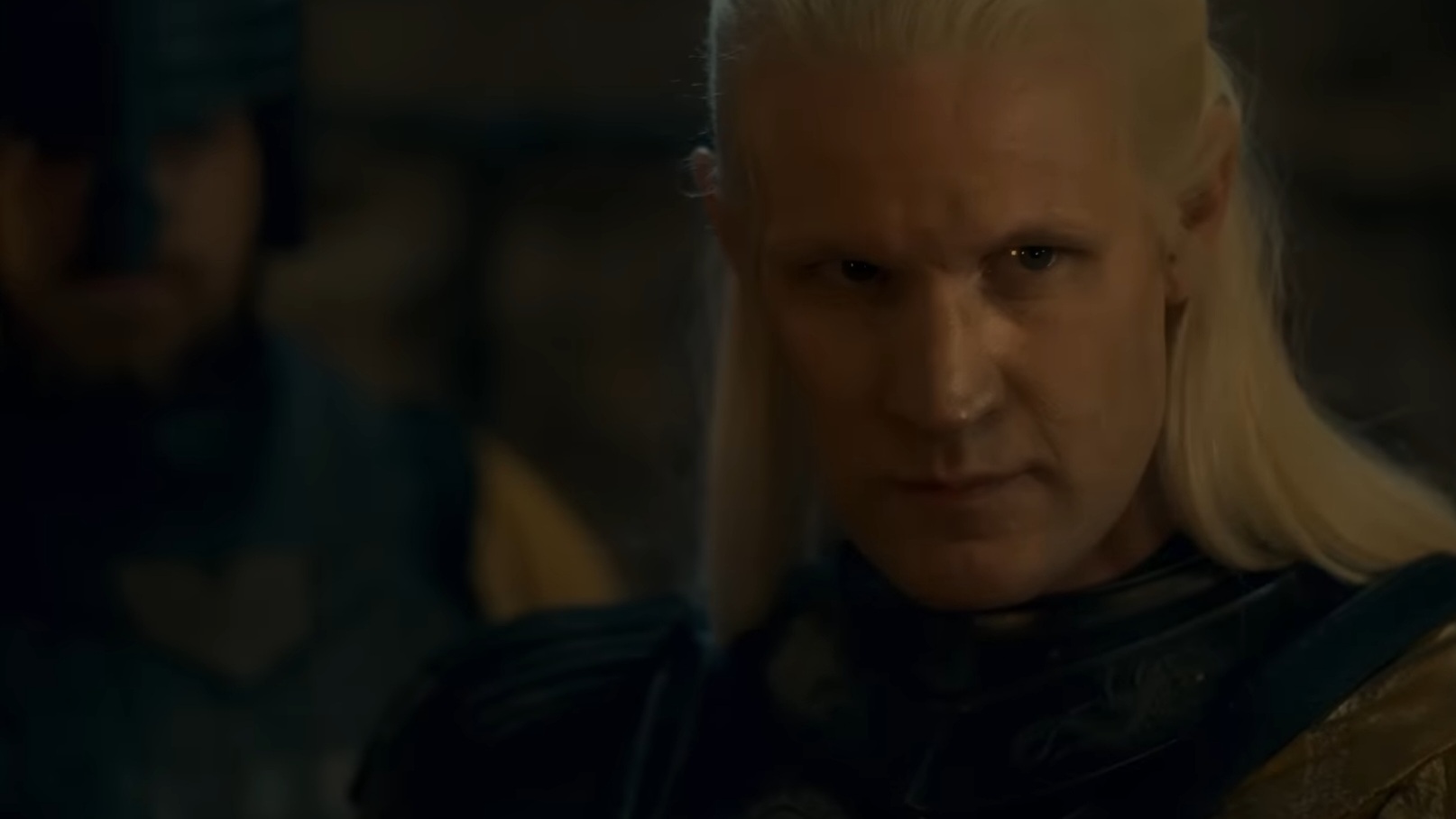 Within these characters you do find the classic moral struggle that Game of Thrones is known for, but how they will go about still remains to be seen. With the question arising that if D’Arcy’s Rhaenyra should just be a princess who births heirs or be a Queen of the Seven Kingdoms, House of the Dragon presents for a feminist undertone that feels fresh. Given some of the more troubling aspects of the earlier seasons of Game of Thrones, the subject matter here feels handled mixed in with the more egregious concepts of the medieval times.

However, House of the Dragon does feel more focused on world building as the fall of Targaryen’s needs to be build up. Showrunner Ryan J Condal and writer/director Miguel Sapochnik work off Martin’s barebones Fire and Blood book and there is a clear sense of gaps being filled in. With the story that surely looks like it’ll span an entire century, the rubber band stretches are noticeable in the first episode as nothing major really happens up until the midpoint. Nope Movie Review: Jordan Peele, Daniel Kaluuya and Keke Palmer’s Immersive UFO Adventure Is a Visually Thrilling Experience! (LatestLY Exclusive). 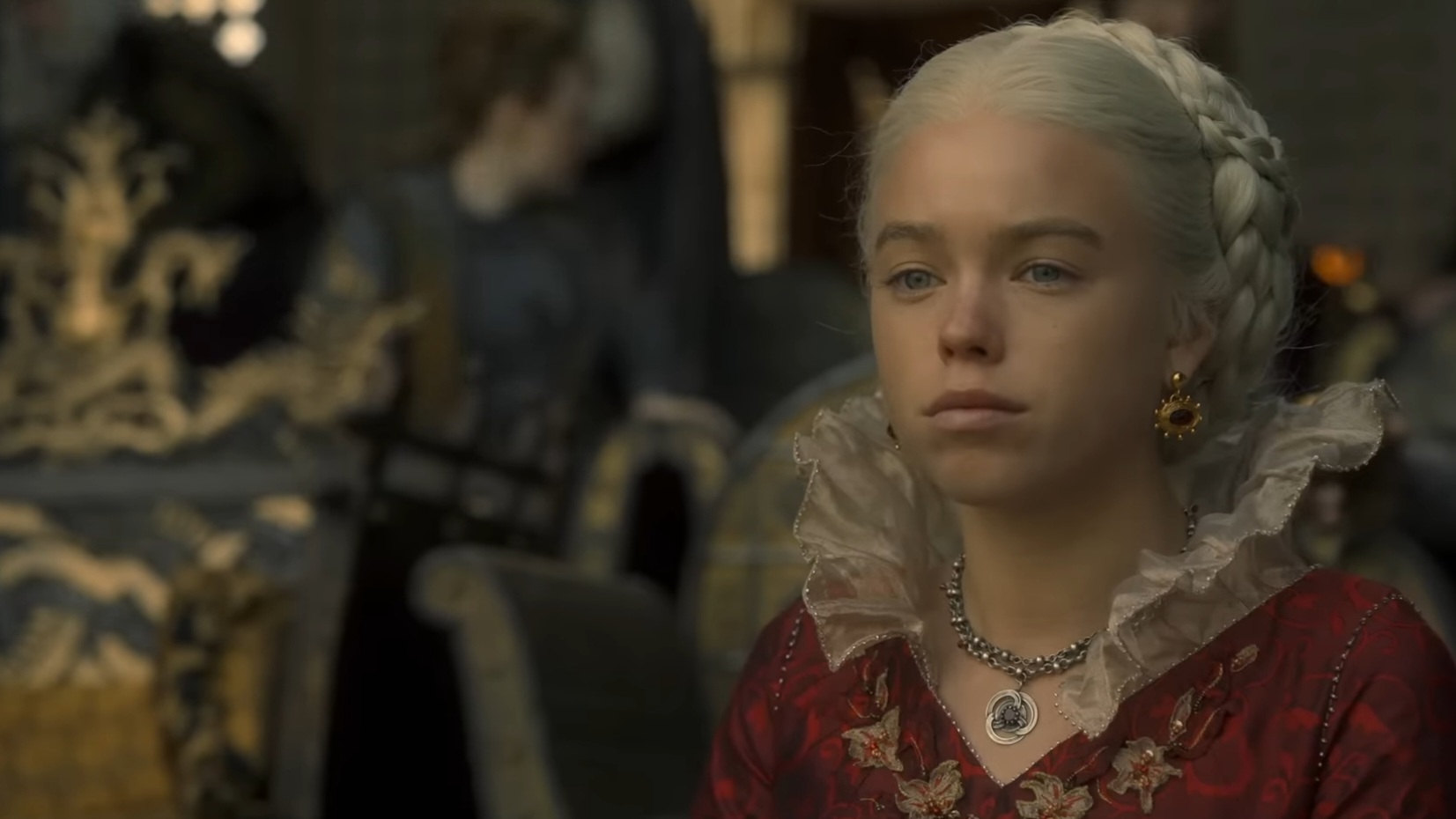 So much of the episode focuses on the how and what of the world, that somewhere in between the first-person intimacy of our characters can get lost in. It remains to be seen whether that rubber band will break or not, but the final few moments do consist of a game-changer that should leave many excited.

Story Can Feel a Bit Stretched

House of the Dragon will satisfy those who have been starved for big-budget fantasy in the last few years. With the classic backstabbings, violence and dragons coming back into play, the fire and blood run well within the streets of Westeros. Will House of the Dragon be able to redeem the goodwill of GOT fans? That still remains to be seen, but so far it makes a pretty good case for itself. House of the Dragon premieres on Disney+ Hotstar starting August 22, 2022.

(The above story first appeared on LatestLY on Aug 19, 2022 07:24 PM IST. For more news and updates on politics, world, sports, entertainment and lifestyle, log on to our website latestly.com).