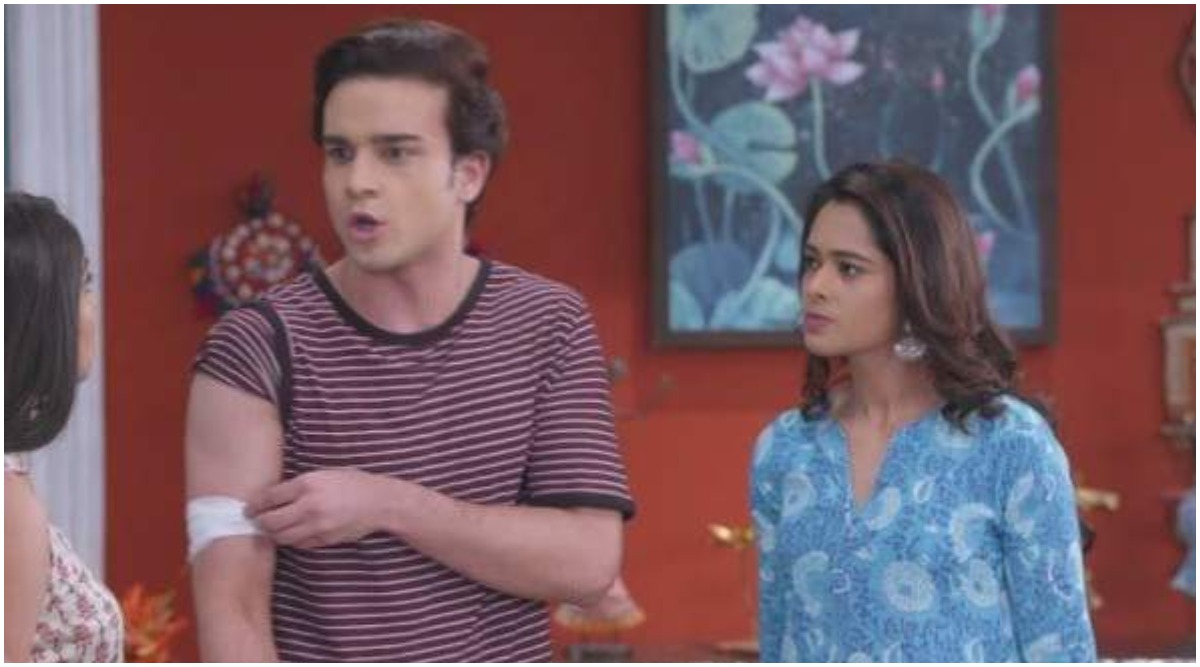 In yesterday’s episode of Kumkum Bhagya,  Ranbir tells Prachi that he was only flirting with Maya at the party to make her angry. Ranbir cries and says he got into some serious trouble because of the same. Prachi feels bad for Ranbir but also realizes that she is falling in love with him. Prachi goes away from Ranbir where Rhea threatens her to stay out of Ranbir’s life. Prachi refuses to do so because she is Ranbir’s best friend. Abhi goes home and begins to look for the necklace he gifted Rhea which he recently noticed on Maya’s neck. Ranbir asks Maya to tell him the name of the person behind the entire plan or he would stop the engagement. Kumkum Bhagya February 24, 2020 Written Update Full Episode: Prachi Realizes Her Feelings For Ranbir.

In tonight’s episode, we see Ranbir tells Maya that she needs to reveal the truth at the engagement. Ranbir threatens to tell everyone that he is in love with Maya and they will stop the engagement. Maya says that no one will believe Ranbir. Rhea goes home where Abhi (Shabir Ahluwalia) confronts her and asks her for the necklace. Rhea tells Abhi that she doesn’t know  Maya and promises to get the necklace the next day.

Meanwhile, Pragya (Sriti Jha) is at the party where she sees Amrita (Taapsee Pannu) who gets upset and throws her phone. Amrita tells Pragya that she left her house because her husband slapped her. Amrita says that she will not go back to her husband because she now sees how unequal they always were. She ends by asking Pragya to watch Thappad when it releases in theatres on 28th February 2020 and judge her actions. Kumkum Bhagya February 17, 2020 Written Update Full Episode: Prachi And Ranbir Try To Find The Girl Who's Behind Maya's Molestation Allegation.

Prachi scolds Ranbir for failing to make Maya confess her crime. Pragya then meets Prachi and Sahana and decide to leave the engagement. Ranbir is trying to show Maya how convincing he can sound while saying that he loves her. The organizers think that it is part of Maya’s surprise for her fiancée and begin the live recording of everything Ranbir says. When the spotlight hits them, Ranbir is shocked to see everyone looking at him and Maya.

Maya’s fiancée calls off the engagement and Maya’s father accepts Ranbir as his son-in-law. Ranbir tells everyone that the engagement will happen in three days' time. Prachi is angry with Ranbir and goes home. Ranbir goes behind her to explain what happened to him.