Mahira Sharma Gets Trolled for Copying Alia Bhatt’s Look, but Former Bigg Boss 13 Contestant Says, ‘I Would Rather Call This Taking Inspiration From Her’ 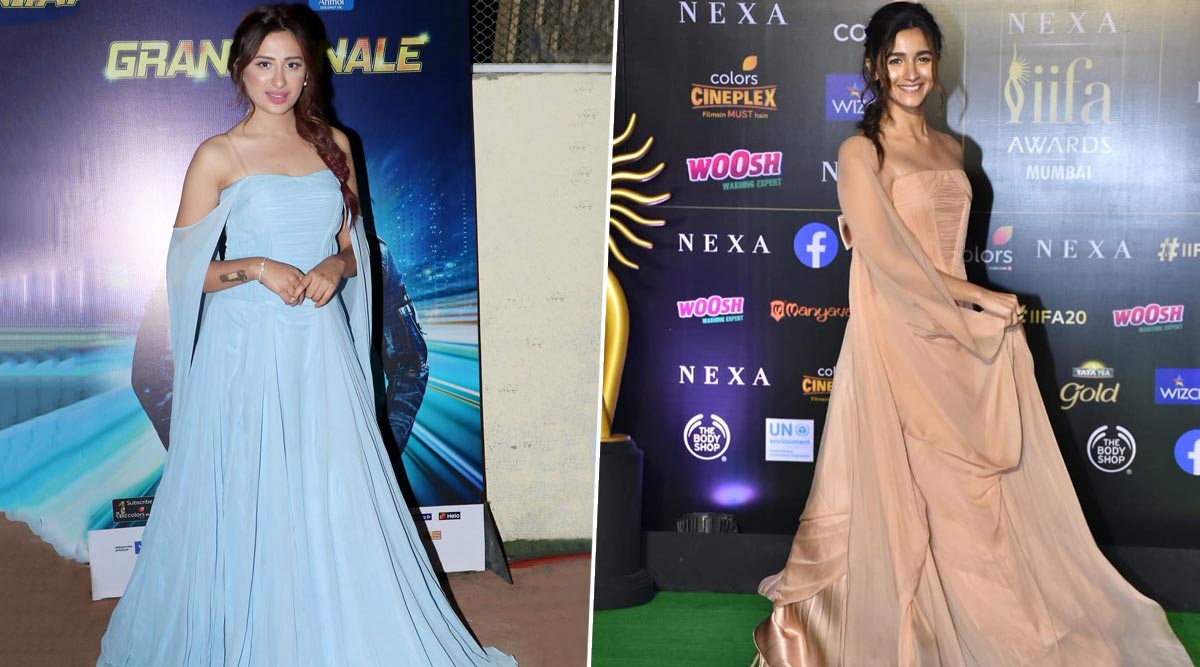 Mahira Sharma was one of the popular contestants of the recently concluded controversial reality TV show, Bigg Boss 13. More than her opinions, it was her ‘equation’ with Paras Chhabra that was observed by the viewers. But the model and former BB13 contestant became talk of the town and came under the radar of fashion police and trolls, after what she decided to wear for Bigg Boss 13 finale. Mahira opted for a gown that was a replica of what Bollywood actress Alia Bhatt had worn at IIFA Awards 2019. Bigg Boss 13: Mahira Sharma Gets Evicted From Salman Khan’s Show, Misses The Chance To Make Her Place In Top 5.

Not just her gown, but even her look was ‘inspired’ by Alia Bhatt. Well, how can such a thing not come under anyone’s notice? Mahira Sharma not only got trolled but even Diet Sabya called her out. Alia had donned a gown that was by Georges Chakra, while Mahira’s outfit was by Seema Patel. From the negative comments across social media platforms to all the comparisons been drawn, it has not gone down well with Mahira Sharma. She said, “I don't understand what is there to be trolled here? Alia Bhatt is a youth icon and even if I tried what she had tried once what is the harm? I would rather call this 'taking inspiration from her’,” reports Pinkvilla. Diet Sabya Drops a Major Fashion Alert, Asks Fans if Ananya Panday’s Filmfare 2020 Look Is a Copycat Version From Deepika Padukone’s Closet?

The former Bigg Boss 13 contestant also said, “Unfortunately social media has now become a place to vent out hatred more than appreciation. The platform is being used for abuses and bad choice of words. I hope there is some filtration to this soon.” Mahira Sharma is not the first celebrity to get trolled for copying looks. There have been many fashion designers and actors/actresses who have been trolled and called out for copying looks from others.