Education had a major growth spurt between 2019 and today. Why? Blame it on the pandemic. With schools and campuses forced to lock down, administrators, educators, students, and parents found new ways to learn and interact. 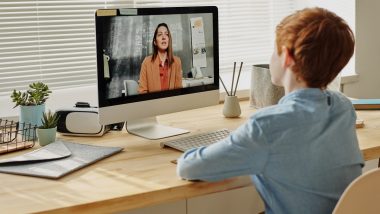 Education had a major growth spurt between 2019 and today. Why? Blame it on the pandemic. With schools and campuses forced to lock down, administrators, educators, students, and parents found new ways to learn and interact. The result has led to an upheaval in the way learning is likely to affect society for generations. It’s also led to some growing pains that may turn out to be exciting opportunities for education to evolve.

Some of the biggest educational changes are affecting the college and university world as Generation Z comes of age. And Instructure’s 2021 State of Student Success and Engagement in Higher Education report has captured three notable findings that will change the face of professional-level schooling.

Zoom fatigue may be a reality. However, it hasn’t affected students’ appreciation for being able to get an education without stepping foot in a traditional classroom. In fact, approximately half of all students told Instructure they felt good about online education in general. To be sure, online learning was enjoying a bit of a bump before 2020, but it’s proven its viability now.

This doesn’t mean that students are all-in for virtual learning, of course. They have some issues with the format. What are some of their biggest concerns? First, they want everyone to have fair, equitable access to remote, in-person, or hybrid education. Secondly, they want their instructors to be fully comfortable with technology. Finally, they want their virtual instruction to flow seamlessly and not be a cobbled-together mismatch of sessions.

Of course, these concerns are geared more toward the process of remote education, not the idea of it. Students remain positive about moving away from desks and physical spaces and toward a more virtual classroom landscape.

2. Students want the opportunity to learn relevant skills—maybe without the degree.

Although the four-year liberal arts degree isn’t going by the wayside, many college-age learners want skills they can use immediately. That is, they want to learn something and apply it right away. Many aren’t tied to the idea of earning credentials like their parents and grandparents before them. Instead, seven out of 20 Instructure survey participants want to upskill without the need to take extra coursework.

Again, the argument against taking too many extraneous courses has been made for decades. For example, trade schools tend to require only classes that pertain to the learner’s preferred craft. Some students are making a push for this mentality to spill into other occupations, not just those that belong to the trades.

How are corporations responding? Plenty of leaders are on board with the idea of hiring skilled employees who lack formal degrees. Case in point: Randy Pitchford, Gearbox Entertainment president, has said that his industry will continue to need developers. He’s quick to explain that the best way to appeal to up-and-coming high performers may not be through typical educational paths. Rather, he wants to introduce young people to entertainment jobs like game developers and help them jump start their careers. That way, the industry won’t suffer from a talent shortage.

A full 92% of report respondents told Instructure they believed mental health played a critical role in a student’s being able to succeed. This isn’t entirely surprising, given the rise in self-reported anxiety and depression during Covid. Yet it’s important to note because it points to a worldview that sees students as more than just the sum of their grades. Instead, educators are beginning to consider students more holistically.

What does holistic support look like on the ground? Already, plenty of campuses have bumped up their internal mental health and wellness services. They’ve also begun to adapt to different learning styles and needs of students. For instance, some campuses encourage students to consider hybrid classes when needed. Or, teachers may provide more one-on-one counsel to learners who are struggling emotionally.

Over time, producing well-rounded college graduates who struggle less with mental health issues should have a positive societal effect. It may also encourage future generations to act with empathy.

Shifts in education often seem sudden but they have always happened. That’s why we no longer teach in one-room schoolhouses and why we’ve embraced kindergarten. Yes, the future of education may look much different than it did just a few years ago—but it may just work better for everyone.