Earlier in the day, the official website of Ministry of Defence appeared hacked, raising a serious question on the security system of the country. 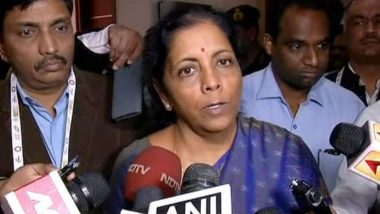 New Delhi, April 6: The National Informatics Centre (NIC) on Friday clarified that the official website of the Ministry of Defence has not been hacked. The NIC in a tweet informed that the website was down since 2:30 p.m. due to some technical issue. Earlier in the day, the official website of Ministry of Defence appeared hacked, raising a serious question on the security system of the country. The Law, Labour and Home Ministry Websites also appeared to have been hacked and were down in the evening.

On visiting, the website displayed an 'error' message and asked users to 'try again later' with Chinese characters appearing on the home page of the website. Soon after the reports, Defence Minister Nirmala Sitharaman said that the website will be restored shortly and assured to take steps to prevent such eventuality in the future.

"Action is initiated after the hacking of MoD website ( http://mod.nic.in ). The website shall be restored shortly. Needless to say, every possible step required to prevent any such eventuality in the future will be taken. @DefenceMinIndia @PIB_India @PIBHindi," Sitharaman Tweeted.

Following the incident, the Twitter stormed with comment criticizing the incident. Evidently, the cyber attack has not been a new strategy and government officials have been prime targets of the hackers.

In 2016, a total of 199 government websites were hacked in India, the Ministry of Home Affairs (MHA) had told the Parliament. In fact, more than 700 websites under the Indian government have been hacked from 2013 to 2016. Last year in January, the website of the National Security Guard (NSG), the Indian Special Forces unit combating terror activities, was also hacked posing an unprecedented threat to national security. The website was, however, blocked immediately by the Computer Emergency Response Team (CERT.IN).

(The above story first appeared on LatestLY on Apr 06, 2018 09:09 PM IST. For more news and updates on politics, world, sports, entertainment and lifestyle, log on to our website latestly.com).