Mega Block on Sunday, November 4, 2018: Mumbai Local Train Services To Be Affected On Harbour Line, No Block On Central And Western Lines 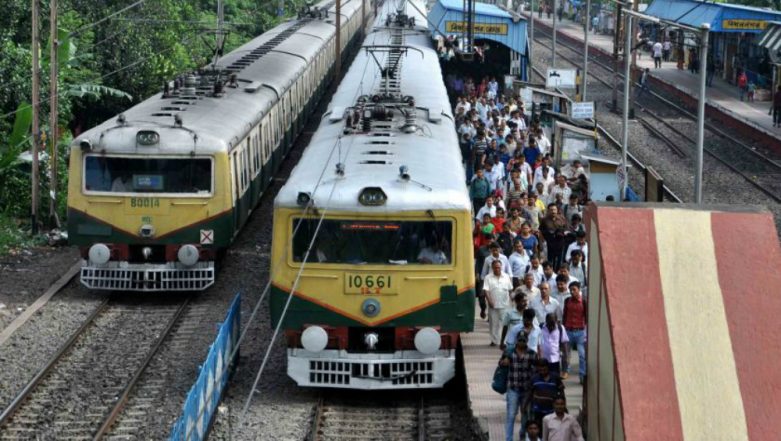 Mumbai, November 3: Local train services will be affected due to mega block on Harbour line on Sunday, November 4, 2018. The mega block will be conducted on the Harbour line from 11:10 am to 04:40 pm. While on the Central and Western lines there will be no block. However, there will be a night block on the Western line on the intervening night of Saturday and Sunday from 11:50 pm to 04:25 am on the fast tracks. Mumbaikars travelling tomorrow will need to plan their commute in advance according to the mega block. Mumbai Local New Time Table 2018: Details of New Trains And Western Railway Schedule That Will Come Into Effect From November 1

Here are the details of the mega block on each line:

No day block will be conducted on the western line. However, local train services will be affected due to the midnight block on the intervening night of November 3 and 4. CR Paints Mumbai Local Train's Womens' Compartment With Colourful Art, Twitter Says It Will Soon Turn Red Due to Paan Stains

Midnight Block: A block of three hours each will be undertaken from 11:50 pm to 2:50 am o­n Up fast line & from 1:25 am to 4:25 am o­n Down fast line during the intermittent night of 3rd/4th November, 2018 between Vasai Road and Vaitarna stations. During the block all Up and Down Mail/Express trains will be delayed by 15 minutes.