Uttar Pradesh: 2 Brothers Lose Battle to COVID-19 in Meerut, Die Hours Apart from Each Other

Shuja tested positive for COVID-19 and was admitted to a hospital. His brother Raza, also complained of fever on May 22. As his condition deteriorated, he was rushed to a private hospital. But, within a few hours, Raza passed away. Shuja's condition also took a turn for the worse, and passed away in the night of May 26. 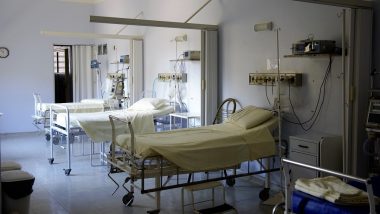 Shuja tested positive for COVID-19 and was admitted to a hospital where he was recovering. Raza, the eldest among the three siblings, also complained of fever on May 22. As his condition deteriorated, he was rushed to a private hospital, where his younger brother was already admitted. But, within a few hours, Raza passed away. 'Shuja was asleep then. He did not even know that Raza was brought into the ICU ward and had died. We later took away Shuja's mobile from him,' said Abbas Haider, maternal uncle of the brothers. Meerut Twin Brothers Lose Battle To COVID-19, Die Hours Apart From Each Other.

Shuja, a chemical engineer who used to work in a company in Delhi, tested positive for COVID-19 during an RT-PCR test conducted by the company he was employed with. 'After Shuja tested positive in Delhi, he was asked to return to Meerut and was admitted to a private hospital. After treatment, Shuja had tested negative and doctors said he was recovering. We were planning to get him discharged in a couple of days,' his maternal uncle said. COVID-19 Crisis Is Biggest Failure of Narendra Modi Govt 2.0, Says ABP-C Voter Survey.

On the evening of May 26, Shuja's condition took a turn for the worse. "He had recovered from COVID-19 but the lung infection proved fatal. Doctors tried to revive him after his heart rate shot up and his oxygen level nosedived. He passed away in the night," said Aamir Zaidi, a family friend of the brothers. Raza had got married two years ago and is a father to a four-month-old daughter. Their father Waqar Hussain Zaidi, mother Tasleem Fatima and brother Murtaza Hussain Zaidi are too shattered to even speak. Global COVID-19 Caseload Reaches 169.7 Million, According To Johns Hopkins University.

This is the second case of brothers dying within days of each other in Meerut.  On May 13, Joefred Varghese Gregory, 24, had passed away due to COVID-19. Joefred's twin brother Ralphred was at the same hospital battling for his life, and the parents say when they talked to him, Ralphred immediately sensed something was wrong.

The following day, Ralphred also succumbed to Covid. Born three minutes apart, the two brothers died within hours of each other. "Our family is broken. COVID-19 took away my sons who had never harmed anyone in their entire lives," said the mother.

(The above story first appeared on LatestLY on May 30, 2021 10:45 AM IST. For more news and updates on politics, world, sports, entertainment and lifestyle, log on to our website latestly.com).