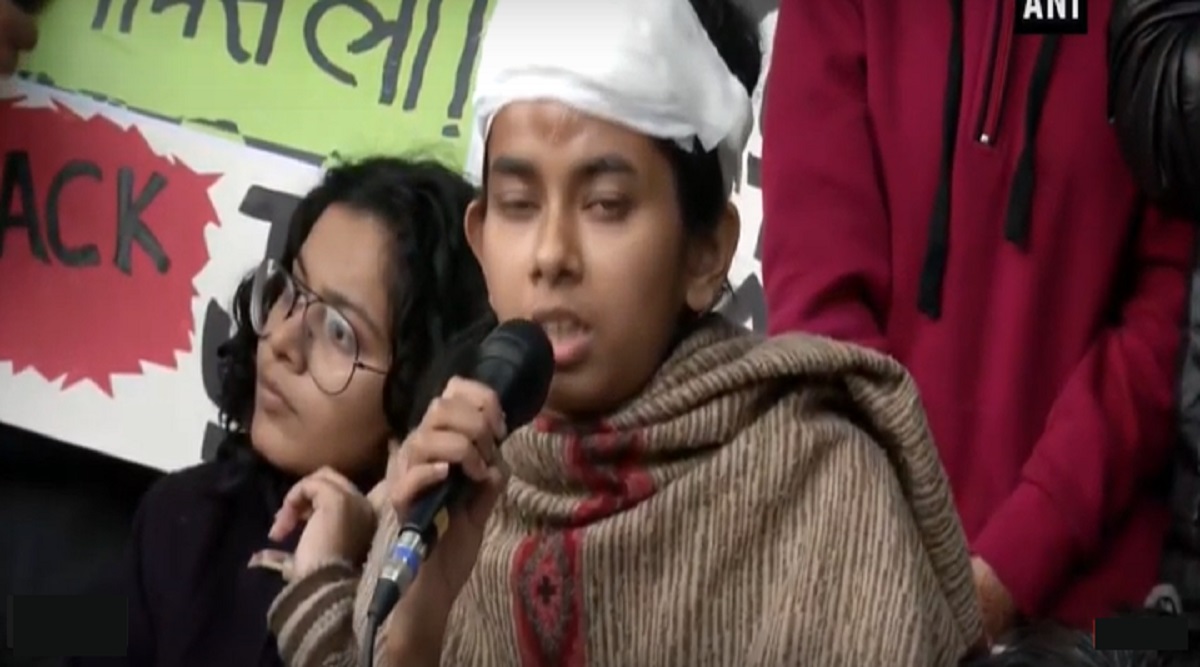 New Delhi, January 9: Violence broke out inside the JNU campus on Sunday in which JNUSU President Aishe Ghosh and around 40 others were injured. India Today now claims to have accessed screenshots of WhatsApp messages which were sent by Ghosh to  Vasant Kunj SHO Rituraj, another Inspector Sanjeev Mandal & Special Commissioner of Police Anand Mohan informing them about the masked miscreants who entered the campus. The report further mentions that the messages were read at 3:07 pm, and yet no one turned until 7:45 pm.

The message which Aishe allegedly sent reads-"Sir, This is to bring to your notice that a large number of students have gathered with weapons and sticks at the Administrative Block, near the statue and beating up students of the University. We request you to get these students removed immediately and take action against them". JNUSU President Aishe Ghosh, 19 Others Named In Delhi Police FIR For Alleged Vandalism on Campus on January 4.

Vasant Kunj SHO Rituraj, Sanjeev Mandal & Spl CP Anand Mohan were informed by @aishe_ghosh at 3 on Jan 5 that masked goons entered #JNU with weapons & requested for additional force but @DelhiPolice sat on it till 7. They could have saved students. Any explanation, Delhi Police? https://t.co/4YaJC5c96W pic.twitter.com/xsnyeGQg1r

On Tuesday, Ghosh, along with 19 others were named in an FIR filed by Delhi Police. Akhil Bhartiya Vidyarthi Parishad (ABVP) released a video alleging that Ghosh had led a masked mob of 'Red goons' inside the university for 'spreading terror'.

On Monday, Ghosh was discharged from the AIIMS, after she was admitted to the hospital after sustaining head injuries. The JNUSU alleged that she was hit with stones and rods by members of the RSS-affiliated ABVP.