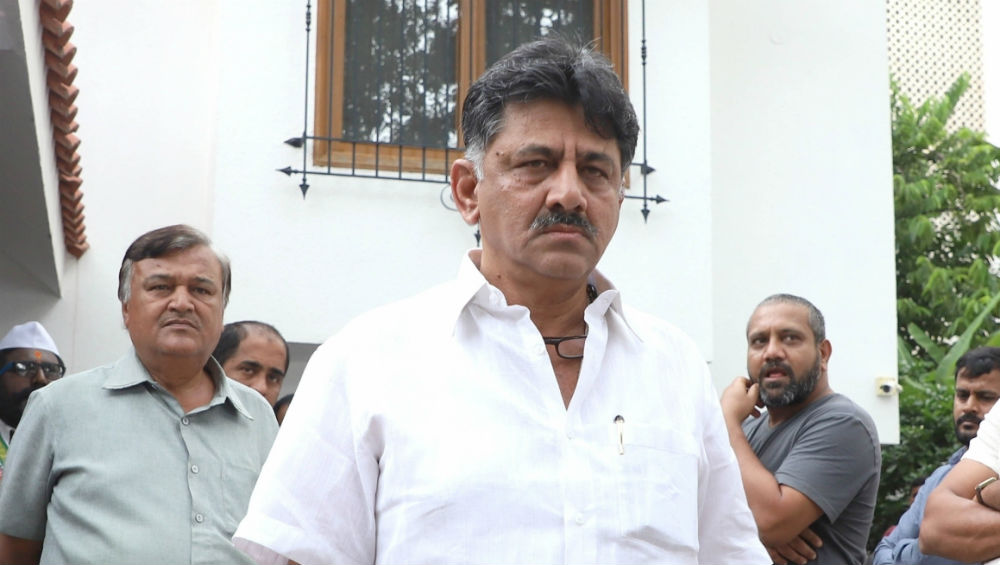 New Delhi, September 13: Indian National Congress leader DK Shivakumar has been sent to Enforcement Directorate's custody till Monday, September 17, 2019. The custody was extended by a special court in New Delhi in a money laundering case. The ED on Friday appealed to the court to extend his custody alleging that Congress leader did not cooperate in the probe. 'DK Shivakumar Evasive, Gave Irrelevant Answers': ED Tells Court, Seeks Further Custody.

Assistant Solicitor General KM Nataraj told the bench that Shivakumar and his family have 317 bank accounts and accused him of laundering over Rs 200 crore cash. The premier agency also accused him of acquiring assets worth Rs 800 crores through 'benami' tainted money. DK Shivakumar, Congress Troubleshooter, Arrested by ED in Money Laundering Case.

Shivakumar, arrested on September 3 by the ED in a money laundering case, was produced before a Delhi court on the expiry of his 9-day custodial interrogation. The court had on September 4 sent him in the ED custody till today.

The court had allowed ED to interrogate the politician in custody, saying the allegations made against him were serious in nature. Meanwhile, Shivakumar's daughter Aishwarya had appeared before the ED on Thursday in connection with its money-laundering probe against him, the ED officials had said.

The 22-year-old management graduate was questioned and her statement was recorded under PMLA. According to the sources, she was also confronted with documents and statements made by Shivakumar with regard to a trip to Singapore he made with her in 2017.

Aishwarya is a trustee in an education trust floated by her father. The trust, holding assets and businesses worth crores, operates a number of engineering and other colleges and Aishwarya is the main person behind them, they said.

The former cabinet minister and sitting MLA from Kanakapura seat had appeared before the ED for questioning on September 3 for the fourth time at its headquarters here. After a long session of grilling, Shivakumar, 57, was placed under arrest as per provisions of the Prevention of Money Laundering Act (PMLA).

The ED had in September last year registered the money laundering case against Shivakumar, Haumanthaiah, an employee at Karnataka Bhavan in New Delhi, and others.