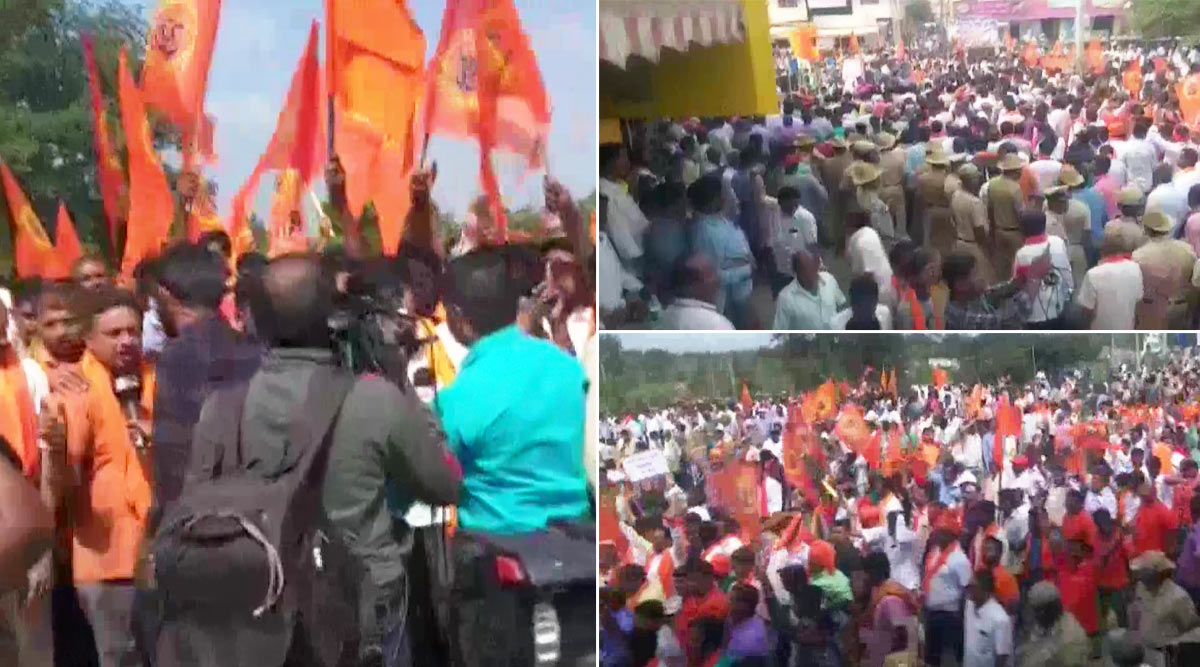 The move by the senior Congress leader has raised a political storm in the state, with BJP leaders attacking Shivakumar and the Congress leader hitting back at BJP. The BJP state government has also ordered an inquiry into the land deal. However, Former Karnataka Minister and Congress MLA from Kanakapura DK Shivakumar on Monday said that the decision to construct a 114-ft tall Jesus Christ statue in his constituency was not his but that of the villagers.

”It is not my decision but that of the Christian community of the village, being the MLA I have to help. The land was given for it, everything is legal. I have been their legislator for the past 30 years, I have to support them," claimed Shivakumar, defending his decision.

See Pictures of Protests Below

The proposed 101-foot statue atop a 13-foot pedestal is coming up at Kapalibetta in Harobele village, a predominantly Christian locality. Shivakumar had with his own funds, purchased 10 acres of land at Kapalibetta from the government for the trust that is constructing the statue, his office has said, while claiming it would be the tallest monolithic statue of Jesus in the world.