Dakshina Kananda SP Rishikesh Sonawane said, "The identity of the victim is yet to be established. Two teams under an inspector and sub inspector have been sent out of the state to trace the accused." 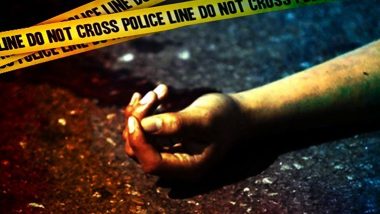 Mumbai, November 24: In a shocking incident that took place in Karnataka, a dead body of a woman was found inside a gunny bag in Mangaluru. As per reports, the dead body was of a physically-challenged, which was stuffed inside a gunny bag. Police officials said that the body was found at Beeramangala in Sullia of Dakshina Kannada district.

In a complaint lodged with the police, Imran's bar owner Santhosh K said that the accused told him that his wife was pregnant. He also told his bar owner that there was no one to look after his wife Sullia. Santhosh said that Sheikh took salary from him in order to leave for his native place with his wife.

Furthermore, Santhosh said that one of his waiter's informed him about a woman screaming at Sheikh's house on the night of November 20. When asked, Santhosh told his neighbour that his wife slipped in the washroom. The waiter identified as Keerthan Shetty informed Santhosh, who tried to contact Sheikh but his phone was switched off.

Later, the bar owner visited Sheikh's residence where he saw the light switched on in the room. He was found a gunny bag near the toilet. Sheikh's neighbour told Santhosh that the accused left his home with a bag. Soon, cops were called who immediately rushed to the spot to find Sheikh's wife's body stuffed inside the gunny bag. Karnataka Shocker: Married Man Arrested for Making Obscene Videos of Minor Girl, Blackmailing and Raping Her in Mandya.

Dakshina Kananda SP Rishikesh Sonawane said, "The identity of the victim is yet to be established. Two teams under an inspector and sub inspector have been sent out of the state to trace the accused." A murder case has been registered against Sheikh at Sullia police station.

(The above story first appeared on LatestLY on Nov 24, 2022 07:29 PM IST. For more news and updates on politics, world, sports, entertainment and lifestyle, log on to our website latestly.com).