Kerala Government, on Wednesday, withdrew the general consent to CBI. The CBI would not longer be able to file cases or launch an investigation in the state without the prior permission of the government, from now on. Maharashtra had also withdrawn the consent in October. 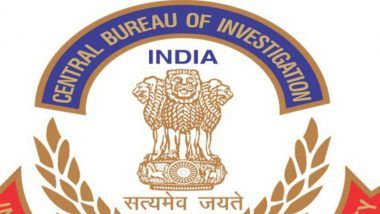 New Delhi, November 4: The Kerala State Government on Wednesday, withdrew the general consent given to the Central Bureau of Investigation (CBI). The investigation agency will now have to seek permission from the state government before registering any case or launching any probe in the state. Earlier, the Maharashtra Government had also withdrew its general consent to the CBI, thereby curtailing the powers of the central agency in the state.

The CBI is the primer investigating agency of the country and was set up in 1941 as a special police establishment. It initially looked into the matter of bribery and government corruption, but in 1965 its jurisdiction was expanded to all the central government laws. Maharashtra Govt Withdraws 'General Consent' for CBI to Probe Cases in The State.

What Is General Consent and What Happens if It is Withdrawn?

As per the Delhi Special Police Establishment (DSPE) Act, 1946 CBI has the power to investigate any case in Delhi, without the permission of the state government. CBI can exercise this exclusively in Delhi, in order to investigate any case in other states the investigation agency has to sought the permission of the respective state governments. As per section 6 of the DSPE Act, CBI requires a consent from the state to start its investigation. However, it is empowered to start the suo motu investigation in the Union Territories under section  2 of the Act.

The Act states that CBI  can start a probe under certain circumstances —  if a state government makes a request and the Union government agrees to it, if the Supreme Court or any High Court order the CBI to take up such investigations, or if the state government issues a notification of consent under section 6 of the DSPE Act and the Union government issues notification under section 5 of the DSPE Act for an investigation. The Centre, Supreme Court or High Courts can authorise the CBI to take up the investigation, only if their is a prior consent of the respective state government. Aircel-Maxis Case: CBI, ED Get One Month More to Complete Probe Against Chidambaram, Son Karti.

However, as all the states follow similar sets of laws and legal provisions, 'general consent' is  given the CBI  to carry out a smooth and efficient investigation without any political or bureaucratic bottlenecks. The state government are at liberty to withdrew the consent as and when they want. Once a state withdraws it, the CBI has to seek approval from the state government before it can register a case against a person or an entity under the jurisdiction of the respective state. CBI would not have to seek permission for the cases that are already under its investigation.

(The above story first appeared on LatestLY on Nov 04, 2020 05:27 PM IST. For more news and updates on politics, world, sports, entertainment and lifestyle, log on to our website latestly.com).