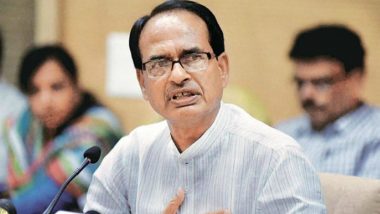 Bhopal, June 30: Madhya Pradesh Chief Minister Shivraj Singh Chouhan, who has been camping in Delhi for two days with key BJP leaders for consensus on cabinet expansion, returned to Bhopal on Tuesday morning.

Chouhan had met Prime Minister Narendra Modi in Delhi on Monday to discuss cabinet expansion in the state, but that seems to have delayed as no consensus could emerge.

Chouhan and state government officials along with Madhya Pradesh BJP president Vishnu Dutt Sharma and State General Secretary Suhas Bhagat had gone to Delhi on Sunday and there was a possibility that a second extension of the cabinet could take place on Tuesday or Wednesday.

Sources have said, no consensus could be arrived at on the cabinet berths in meetings in Delhi as there is a tussle between Scindia camp and the BJP loyalists.

Chief Minister Chouhan has several meetings scheduled on Tuesday. He will discuss the Covid situation in the state after a meeting with Finance Department officials.

(The above story first appeared on LatestLY on Jun 30, 2020 01:39 PM IST. For more news and updates on politics, world, sports, entertainment and lifestyle, log on to our website latestly.com).