Madhya Pradesh: Gandhwani Police Station Incharge Beats Up Wife After After She Catches Him Having an Illicit Affair; Watch Video 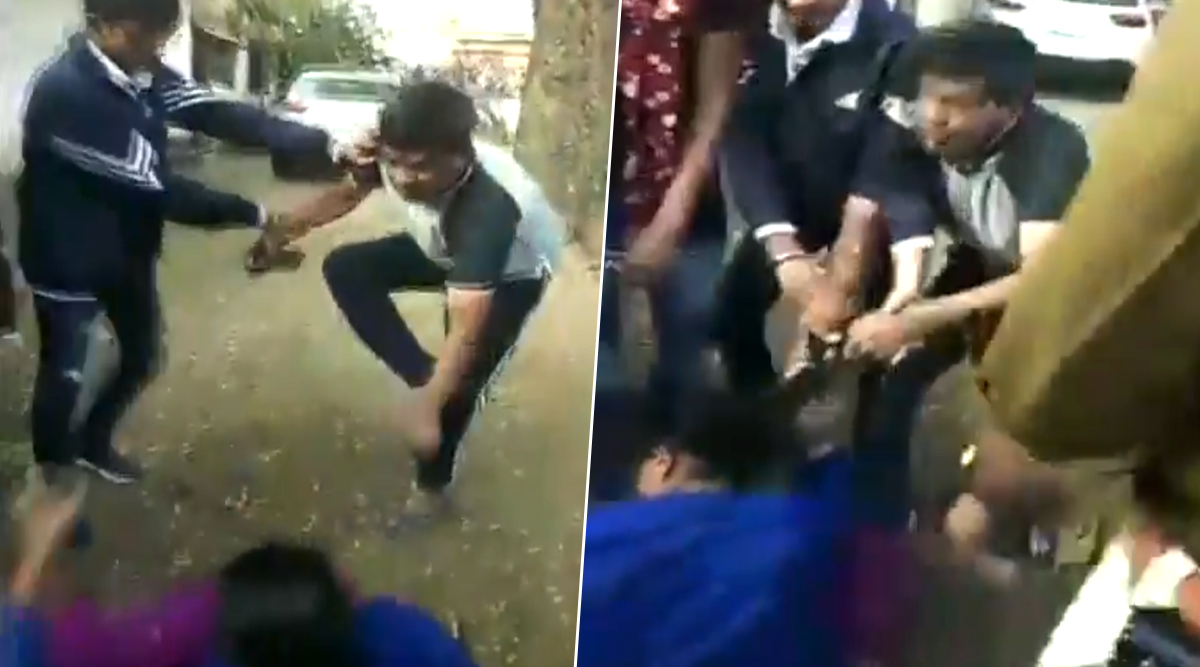 Dhar, February 12: Gandhwani Police Station Incharge Narendra Suryavanshi was sent to Police lines after he assaulted his wife in Madhya Pradesh's Dhar district. When the Policeman's wife, who lives in Indore, came to know that he was in an illicit relationship with another woman, she reached his government residence and caught him red-handed on Tuesday. Faridabad Police Officials Thrash Woman; Action Taken Against Five Personnel After Video Goes Viral.

When confronted, Suryavanshi assaulted his wife. She was also body slammed onto the ground. Reacting to the development, Subdivisional Officer Police (SDOP) said, "Narendra has been sent to district lines. The investigation is underway.” Police Constable Wants to Beat Wife, Sends Application to SP in Raigad, Chhattisgarh!

According to reports, when someone informed the policeman's wife that her husband was living with another woman in Gandhwani, she caught him red-handed. Initially, the policeman didn't open the door but after a ruckus was created and police officials reached the spot, he was found at fault.