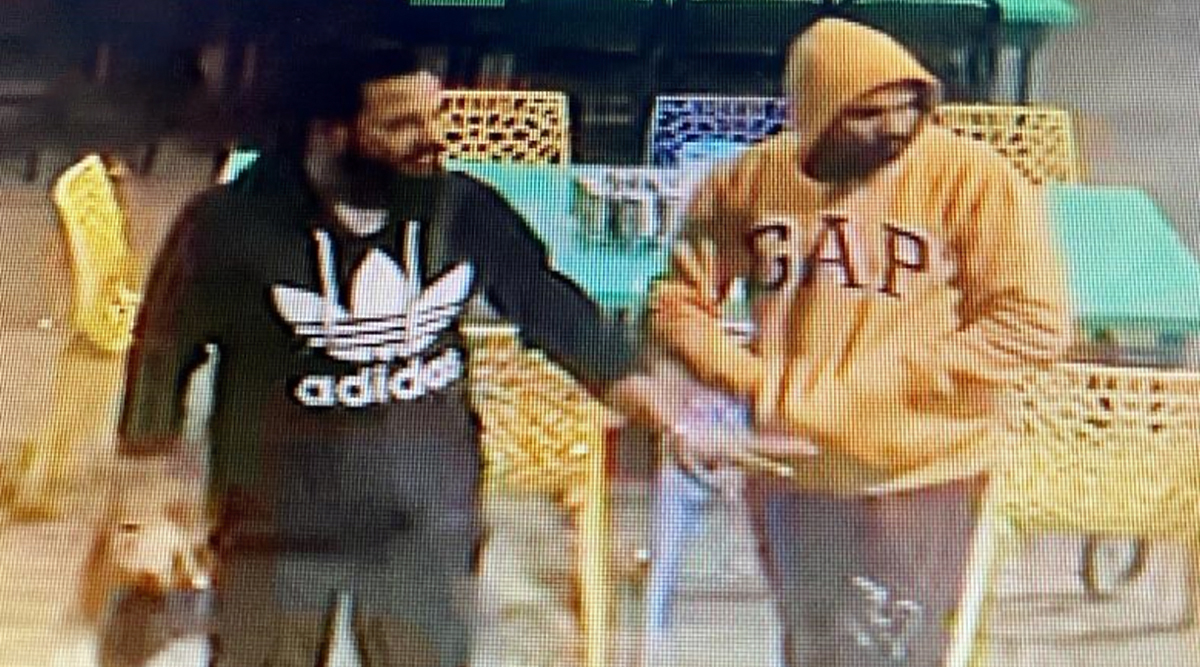 Bhopal, December 7: In a bizarre  incident, an unidentified man in Madhya Pradesh stole two INSAS rifles and cartridges posing as an Indian Army officer. The rifles were stolen from two Army personnel from cantonment area in Pachmarhi on Thursday. Police informed that the place where the incident took place is about 200 kilometres southeast of state capital Bhopal. According to a photo released by ANI, two men were caught on CCTV of a restaurant later. The suspected accused were clad in track suits and caps.

The man in black shirt posed as an Army officer and fled with two INSAS assault rifles belonging to the sentries guarding the Army Education Corps (AEC) Training Centre in Pachmari. According to a report by Hindustan Times, police said that the Army personnel were on duty at an Army Education Centre when the two men reached there. They introduced themselves as Army officers and stole the INSAS rifles and 20 live cartridges. The report states that the accused got into a taxi and fled before the Army personnel could realise that their rifles had been stolen. Madhya Pradesh Woman Cop Traps Thief by Giving Him Matrimonial Offer.

Madhya Pradesh: The man (in black shirt) who posed as an Army officer & fled with two INSAS assault rifles belonging to the sentries guarding the Army Education Corps (AEC) Training Centre in Pachmari, yesterday, was caught on CCTV of a restaurant later. pic.twitter.com/IEwAZW8bbP

The HT report further adds that an FIR against unidentified persons has been lodged with Pachmarhi police station. Police said that as the duo were dropped by the taxi at the railway station in Piparia, police have been alerted to keep a watch on people travelling by trains.