Nabam Tuki, Former CM of Arunachal Pradesh, Booked by CBI on Charges of Corruption for Awarding Govt Projects to Brother 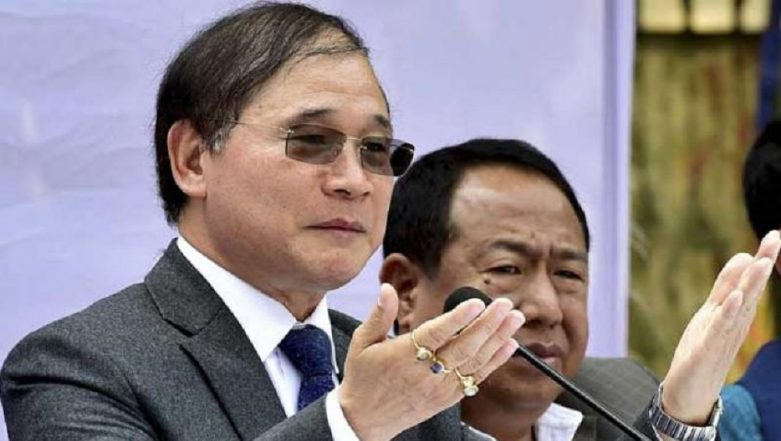 Itanagar, July 12: The Central Bureau of Investigation (CBI) on Friday booked former chief minister of Arunachal Pradesh Nabam Tuki on the charges of corruption, cheating and forgery. A case was registered against Tuki and his brother Nabam Tagam. There are allegations that the former CM awarded a government project worth Rs 3.20 crore to his brother in 2003. Nagaland Assembly Election 2018: Nabam Tuki Appointed Congress Party's Chief Observer For Upcoming Polls.

Tuki reportedly gave the contract to his brother without following tender norms when he was the minister of consumer affairs and civil supplies in the state. In 2003, Tagam was director civil supplies and the chief manager United Commercial Bank Sohrab Ali Hazarika. Criminal Charges Against 29 Candidates in Arunachal Pradesh, CM Pema Khandu Richest: Report.

Tuki served as the chief minister of the state twice between 2011 and 2016. In November, 2011, he replaced Jarbom Gamlin as the CM and continued till January 2016. After which, the President's Rule was imposed ending his tenure as the CM. After the President’s Rule ended, Tuki again became the CM but his tenure lasted only for three days.