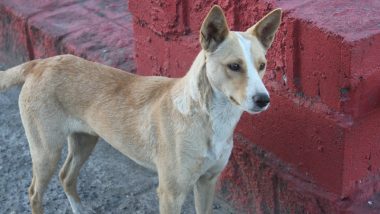 Bhopal, August 20: A pet dog saved a 14-year-old from getting raped in Madhya Pradesh’s Sagar district on Saturday night. According to a report published in India Today, the minor girl after being asked by her grandmother went to collect hay from a nearby barn to drive out mosquitoes by burning it. When she went outside the house she was abducted by Reshu Ahirwar and his friend Puneet. Both of them were reported to be in an inebriated state.

According to the report, they took her to a deserted place where they covered her mouth to prevent her from shouting. Just then the victim’s pet dog attacked the accused. The dog bit Puneet on his leg which enabled the girl to free herself. The accused fled from the spot. On Sunday, a report was filed by the victim’s family. The police arrested the accused and booked them under the POCSO Act. A medical examination of the victim has confirmed rape.

This is not first the first time that a rape incident has been reported from the state. In a recent incident of sexual assault against minors, a three-year-old girl was raped and murdered in Mohad Village of Burhanpur district. According to the medical report, the girl was tortured badly as injury marks were visible on her body. She went missing from outside her house on August 15.

(The above story first appeared on LatestLY on Aug 20, 2018 05:19 PM IST. For more news and updates on politics, world, sports, entertainment and lifestyle, log on to our website latestly.com).