A student of IIT-Guwahati, who was accused of raping a fellow student, has been expelled by the institute. 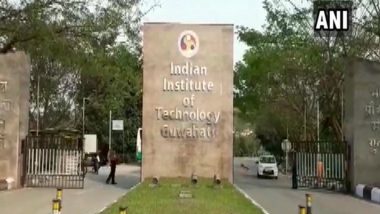 Guwahati, September 24: A student of IIT-Guwahati, who was accused of raping a fellow student, has been expelled by the institute. Asserting that the rape accused student violated the students' code of conduct, the IIT-Guwahati Senate said the "gross indiscipline had to be strictly dealt" with by the institute. Notably, the Gauhati High Court in August had granted bail to him, calling the survivor and him "the state's future assets".

On September 3, the Students' Disciplinary Committee (SDC) had recommended the accused student be terminated. On September 6, a special meeting of IIT-Guwahati Senate was held in presence of Director TG Sitharam. The Senate unanimously decided to approve the SDC's recommendation, according to a report by Times of India. IIT-Guwahati Develops Low-Cost Sterilization Box Based on Combined Heat, UV Radiation to Prevent COVID-19.

The student is accused of sexually assaulting a fellow student on March 28. He was arrested on April. In August, the Gauhati High Court granted bail to him for Rs 30,000 bond along with two sureties, noting that there was a clear prima facie case as alleged against him.

"However, as the investigation in the case is completed and both the informant/victim girl and the accused are the state's future assets being talented students pursuing technical courses at the IIT, Guwahati,...continuation of detention of the accused...if charges are framed, may not be necessary," Justice Ajit Borthakur had held.

(The above story first appeared on LatestLY on Sep 24, 2021 03:38 PM IST. For more news and updates on politics, world, sports, entertainment and lifestyle, log on to our website latestly.com).