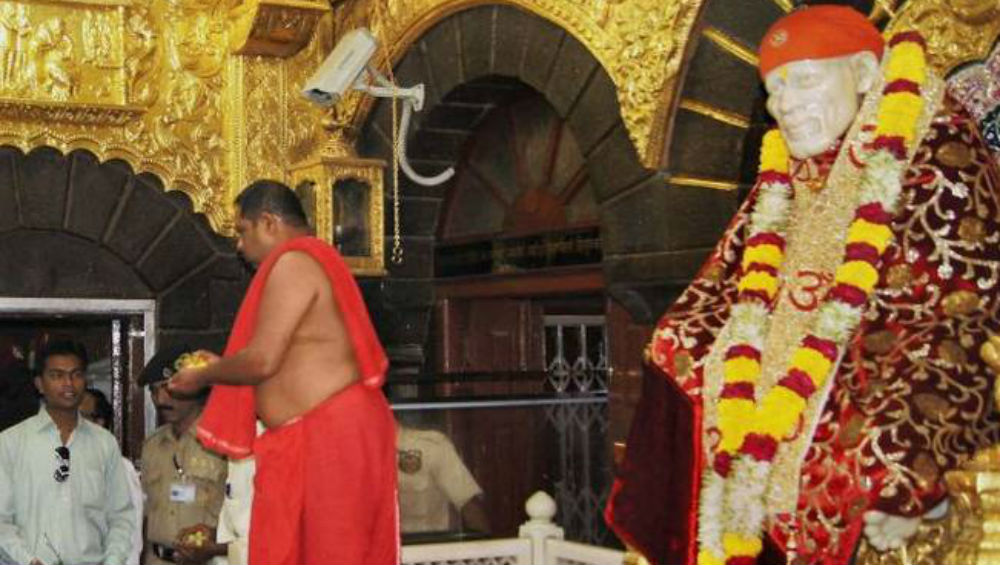 Shirdi, January 18: The Chief Executive Officer of the Sai Baba Temple in Shirdi has clarified that the temple will remain open on Saturday and said that talks about the Shirdi Sai Baba Temple remaining closed on Saturday are 'rumours'. However, all the shops, hotels and establishments will remain closed on Saturday as the villagers are angry over the controversy in recent days over the birthplace of Sai Baba. Shirdi Residents Call for Bandh As Maharashtra CM Uddhav Thackeray’s Decision to Develop Pathri As Saibaba Birthplace Draws Ire.

The residents of Shirdi are reportedly angry after Maharashtra Chief Minister Uddhav Thackeray's comment that the state government would provide Rs 100 crore to Pathri village in Parbhani district, which is believed to be the birthplace of Sai Baba.

Earlier, reports said that a call was given for 'indefinite closure of Shirdi' after Maharashtra Chief Minister Uddhav Thackeray's reported comment terming Pathri in Parbhani as Sai Baba's birthplace. However, the temple CEO has refuted the claims that temple will be closed. He said that the temple will remain open irrespective of the situation in Shirdi.