A Mumbai court on Saturday sent Showik Chakraborty, brother of Rhea Chakraborty, and Sushant Singh Rajput's house manager Samuel Miranda in the custody of the NCB till September 9. 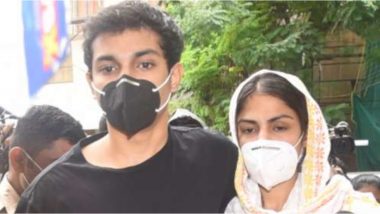 Showik and Miranda were arrested on Friday after a day-long questioning by NCB as part of its probe into the drug angle in actor Sushant Singh Rajput's death. They have been arrested under several sections of the NDPS Act, including 20(b), 28, 29, 27(A). The arrest came after it was found that Showik used to order the drugs from another arrested accused Abdel Basit Parihar who has been arrested.

This followed the discovery of WhatsApp messages between Rhea and Shruti Modi, Miranda and Sushant's flatmate Siddharth Pithani. NCB is the third Central agency to join the probe into the death case of Sushant, after the Central Bureau of Investigation (CBI) and the ED. (With IANS inputs)

(The above story first appeared on LatestLY on Sep 05, 2020 02:37 PM IST. For more news and updates on politics, world, sports, entertainment and lifestyle, log on to our website latestly.com).