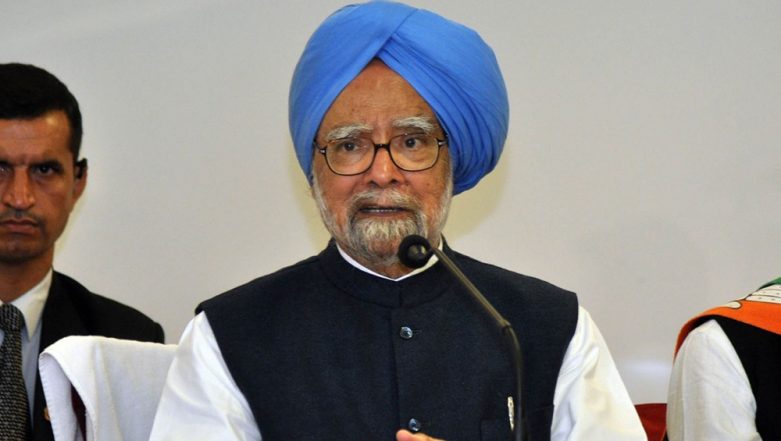 The Congress Working Committee (CWC) -- party's highest decision-making body -- must convene at the earliest to chalk out the future course of action, demanded Singh in a statement issued on Monday. DMK Denies Rajya Sabha Seat For Manmohan Singh, Congress Pins Hope on Rajasthan

The CWC meeting, he said, should be held under the chairmanship of Manmohan Singh.

"I strongly urge the working committee to meet without delay, perhaps under the chairmanship of former PM Manmohan Singh and take necessary decisions," Singh said.

The 88-year-old, who has also served as the former Governor of Jammu & Kashmir, said the party should not have been disoriented following the resignation of Rahul Gandhi.

"I am aghast to see the confusion and disorientation into which the party has fallen since Rahul Gandhi resigned on May 25. Instead of honouring his bold decision a month was wasted pleading him to take back his resignation," he added.

Significantly, the Congress has seen a meltdown following the exit of Gandhi from the top post, with several state unit chiefs of the party replicating the decision.

The most recent to join the resigning fray include Mumbai Congress chief Milind Deora and AICC General Secretary In-Charge of Western UP, Jyotiraditya Scindia.