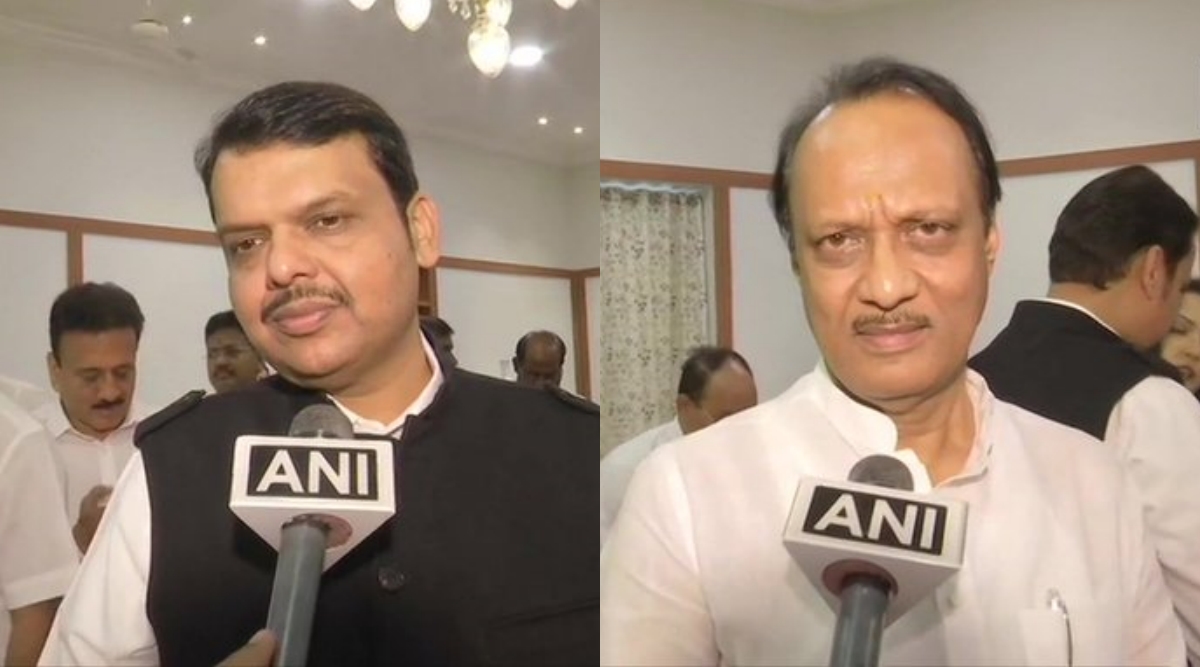 Mumbai, December 9: As eyebrows were raised over their first joint public appearance after the fall of the 80-hour- long government last month, NCP leader Ajit Pawar on Monday said he and former CM Devendra Fadnavis discussed "weather" during the meeting. In a stunning turn of events, Fadnavis had on November 23 returned as chief minister propped up by Ajit Pawar, who was made his deputy. Both were sworn in a hush-hush early morning ceremony but the government lasted only 80 hours.

On Sunday, Fadnavis, now the Leader of Opposition in the Assembly and Pawar, leading contender for the deputy CM's post in the Maha Vikas Aghadi government headed by Shiv Sena chief Uddhav Thackeray, were seen together for the first time since the fall of their short-lived government. Ajit Pawar Given Clean Chit on Basis of Water Resources Department Letters to ACB: Report.

They shared the stage at the marriage ceremony of independent MLA Sanjay Shinde's daughter in Solapur district and were seen engrossed in a 20-minute animated chat. "Just because we sat together doesn't mean something new is cooking. We discussed the weather and rainfall," Pawar told reporters in his home turf Baramati in Pune district.

"The chairs at the wedding were arranged in such a manner that both of us were seated together," he said. "There are no permanent foes in politics. As we were seated together, it was natural for us to talk about the weather," he added. Fadnavis last week told a TV channel that it was Ajit Pawar who approached him to form the short-lived government in Maharashtra.