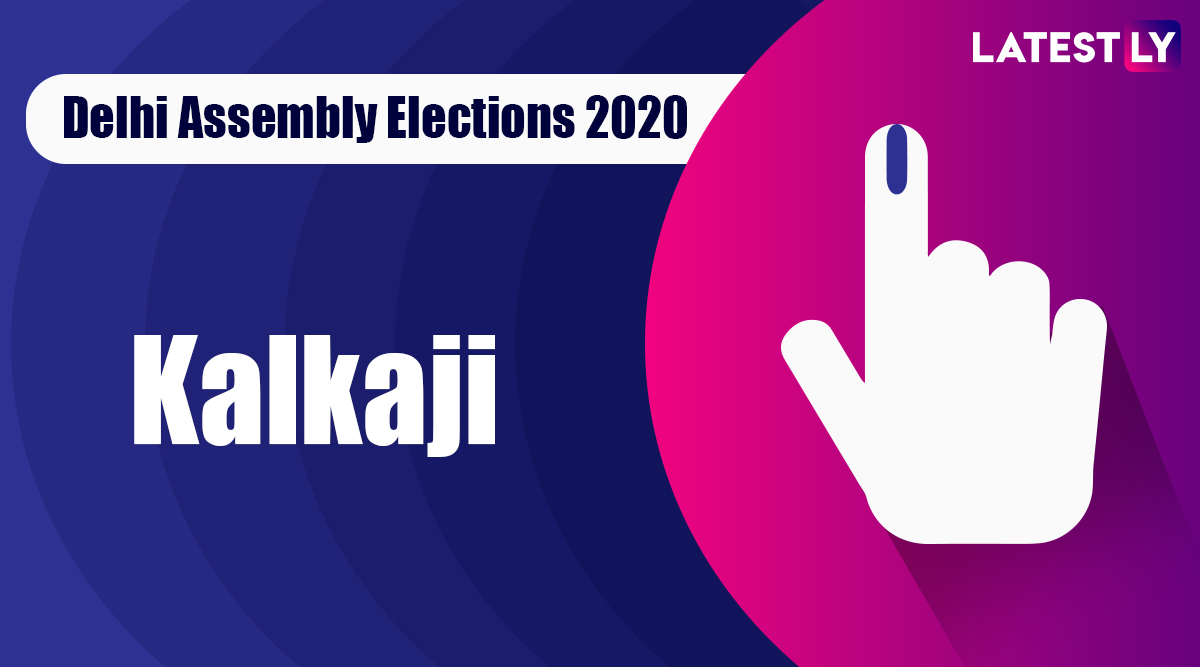 New Delhi, February 5: The Kalkaji Sabha seat in Delhi witnessed a high-profile battle between the ruling Aam Aadmi Party (AAP) and the Bharatiya Janata Party (BJP) and the Indian National Congress. In Kalkaji assembly constituency, a total of 11 candidates were in the fray whose fate were decided by 1,64,319 registered voters, including 92,072 male, 72,236 female and 11 third gender. The Election Commission, after the counting of votes, declared AAP's Atishi as winner from the constituency. Delhi Assembly Elections 2020: Hits And Misses of Arvind Kejriwal's AAP.

The AAP replaced its sitting Avtar Singh Kalkaji and fielded Atishi from Kalkaji constituency. The BJP declared Dharamveer Singh and the Congress nominated Shivani Chopra. The notification for the Delhi assembly polls was issued on January 14. The last date for filing nomination was January 21. Nomination papers were scrutinised on January 22. The last date for withdrawal of nomination was January 24. Sultanpur Majra Vidhan Sabha Seat in Delhi Assembly Elections 2020: Candidates, MLA, Schedule And Result.

Polling will be held on February 8 and counting of votes and results announcement will take place on February 11. In the 2015 Delhi assembly polls, AAP came to power with Arvind Kejriwal's party winning in 67 out of 70 assembly constituencies. The Saffron Party could win just three seats, while the Congress remain seatless. According to a survey by news agency IANS and Cvoter, over 50 per cent respondents said they were very much "satisfied" with AAP's performance.