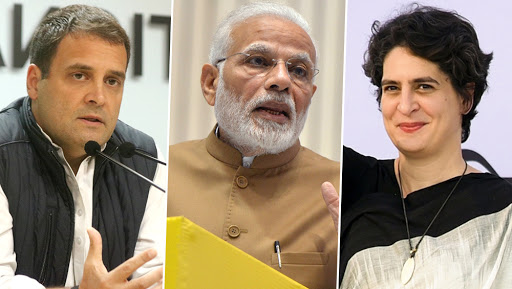 Mocking the ruling party for recent political chaos, Gandhi took to Twitter and wrote, "I finally got it. The BJP and the RSS...Are not God-Ke Lovers. They are God-Se Lovers."  'Narendra Modi Locked Up Entire Cabinet Before Announcing Demonetisation Policy', Alleges Rahul Gandhi.

I finally got it. The BJP and the RSS...

Earlier, trying to cool the political controversy on that erupted after Thaker's Godse comment, PM Modi reprimanded the Hindutva activist-turned-politician. He said, "(I) will never forgive her for insulting Bapu."

Earlier, Thakur had said, "Nathuram Godse was a deshbhakt, is a deshbhakt and will remain a deshbhakt. People calling him a terrorist should instead look within. Such people will be given a befitting reply in these elections."

Following this Amit Shah expressed his disapproval, saying that the three leaders have been granted 10 days to explain their remarks. The party's disciplinary committee will take appropriate action against them, he said.