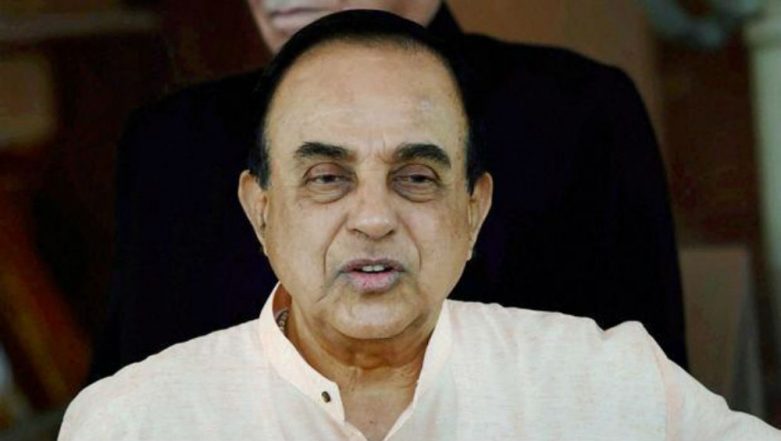 New Delhi, March 24: As all the Bharatiya Janata Party workers have added Chowkidar to their names following Prime Minister Narendra Modi, One BJP leader opposed doing it. Party MP Subramanian Swamy on Sunday explained that why he has not used "Chowkidar (security guard)" prefix. The senior BJP leader said that he cannot take part in “Main Bhi Chowkidar” campaign on Social Media as he is a Brahmin.

The leader said that he cannot be a 'chowkidar' as he is a brahmin but he can give directions to all chowkidars. "I cannot become a Chowkidar because I am Brahmin. Brahmins can't be chowkidars. It's a fact. I will give orders that the Chowkidars have to execute. That's what everyone expects from the appointed Chowkidars. So, I cannot be one," Subramanian Swamy said in an interview to a Tamil news channel named Thanthi TV. Chowkidar Narendra Modi: PM, Amit Shah, BJP Leaders Add 'Chowkidar' to Their Names on Twitter

A clip of the interview has been doing rounds on the internet; Watch Video:

"Your Chowkidar is standing firm & serving the nation. But, I am not alone. Everyone who is fighting corruption, dirt, social evils is a Chowkidar. Everyone working hard for the progress of India is a Chowkidar. Today, every Indian is saying-#MainBhiChowkidar," PM Modi said while starting the campaign.