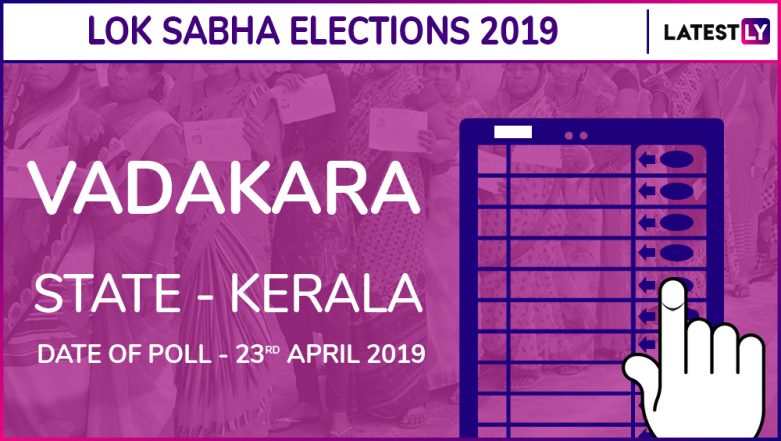 The results of the Vadakara Lok Sabha Constituency has been declared. Congress candidate K Muraleedharan won the seat by a margin of 84,663 votes defeating sitting MP Mullappally Ramachandran. P Jayarajan of the Communist Party of India (Marxist) failed to garner enough votes. Voting took place for the Vadakara Constituency on April 23. According to the Election Commission, a total voter turnout of 82.48 per cent was recorded in the constituency. Rahul Gandhi Wins Wayanad Lok Sabha Seat In Kerala By Huge Margin.

In 2014, the Congress won in Vadakara with 43.41% of the vote while the CPI(M) garnered 43.07%. Congress MP Mullappally Ramachandran has won the Vadakara Lok Sabha constituency twice in a row. He had defeated the CPI(M)'s AN Shamseer by a narrow margin of slightly more than 3,000 votes. Ramachandran is currently the sitting MLA and Congress is hoping to cash on his works to return to power. In Vadakara, the main political tussle was between the Left Democratic Front (LDF) and the United Democratic Front (UDF) with BJP being the other major party.

The Lok Sabha elections 2019 was held between April 11 and May 19 in seven phases. In Kerala, voting was held in a single phase. During the third phase, the polling was held in 115 Lok Sabha constituencies of 14 states. The counting of votes was held on May 23 and thereafter the results were declared.