The Shiv Sena on Monday trained its guns at the Centre over the rising fuel prices, saying instead of collecting donations for the construction of a Ram temple in Ayodhya, the government should take steps to bring down the rates of petrol and diesel in the country. 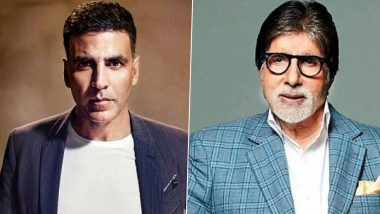 The Shiv Sena on Monday trained its guns at the Centre over the rising fuel prices, saying instead of collecting donations for the construction of a Ram temple in Ayodhya, the government should take steps to bring down the rates of petrol and diesel in the country. The party, which heads the ruling coalition in Maharashtra, also raised the issue of Bollywood stars maintaining silence over the skyrocketing fuel prices, a stand earlier taken by its ally the Congress. RJD Leader Tejashwi Yadav Drives Tractor to Bihar Assembly Protesting Hike in Fuel Price.

In the editorial of its mouthpiece Saamana, the Shiv Sena said reducing petrol and diesel prices will ensure the devotees of Lord Ram get food. The Shri Ram Janmabhoomi Teerth Kshetra Trust, a body formed by the Centre, has been mandated with overseeing the construction of the Ram temple in Ayodhya. A nationwide drive to collect funds for the temple kicked off last month. The Shiv Sena said it is the duty of the government to control the prices of essential items. Fuel Price Hike: Congress MLAs Ride Bicycles to Madhya Pradesh Assembly Complex.

Bring down the prices of petrol and diesel instead of collecting donations for the Ram temple construction. Ram devotees will get food because of it (reduction in prices) and Lord Shri Ram, too, will be happy, the Shiv Sena said.

The Uddhav Thackeray-led party questioned why the BJP which otherwise stages agitation every now and then has kept quiet over the issue of rising fuel prices.

The Marathi daily said Prime Minister Narendra Modi seems to be blaming the previous governments for the current fuel price woes. Modi had last week said the middle-class would not have been burdened with high petrol and diesel prices if the previous governments had focussed on reducing India's energy import. Without referring to the relentless increase in retail fuel prices, which are linked to global rates, the PM had said India imported over 85 per cent of its oil needs in the 2019- 20 financial year and 53 per cent of its gas requirement.

The previous governments set up public undertakings like Indian Oil, ONGC and Bharat Petroleum, but Modi is selling them and now blaming the earlier regimes for fuel price rise, the Shiv Sena said. Union Finance Minister Nirmala Sitharaman on Saturday had said the Centre and state governments will together have to work out a mechanism to bring retail rates of petrol and diesel to reasonable levels.

The Saamana editorial recalled actors like Akshay Kumar and Amitabh Bachchan had expressed views on petrol and diesel price rise before 2014 (when the Congress-led UPA was in power at the Centre).

The celebrities are now quiet despite petrol price crossing the Rs 100 per litre mark (in Rajasthan), it said. The Shiv Sena, a former BJP ally, claimed the celebrities are keeping quiet because they have been made to remain so.

It also means, there was freedom to express views, to criticise before 2014. One was not jailed under sections relating to treason if he/she criticised government policies. Today, we have lost even the freedom of expressing anger over petrol-diesel price rise. Therefore, why blame Akshay Kumar and Amitabh Bachchan unnecessarily? it said. The Congress in Maharashtra had recently targeted the actors, asking why are they keeping quiet over the fuel price rise, and threatened to stall their films in the state.