A Managerial Approach to Human Relations, Insights From Project VIPIN

Human relations is a hot topic these days. We invited Dr. Vipin Gupta, known for investigating the vastly integrated processes inside nature, through a 12-book project, VIPIN. Having published seven books so far this year, he is currently working on the eighth book, What is Human Factor. 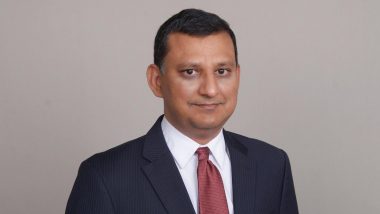 Human relations is a hot topic these days. We invited Dr. Vipin Gupta, known for investigating the vastly integrated processes inside nature, through a 12-book project, VIPIN.   Having published seven books so far this year, he is currently working on the eighth book, What is Human Factor.  Here he illuminates what his research shows about the nature of human relations.    His work integrates disparate disciplines and offers a pragmatic solution for constructively managing human relations.

Human Relation is our alignment with the universe.    It is the guiding principle of our life, wishing to know who I am.  We seek appropriate time for the alignment to manifest the infinite networking system that makes our “I” self-luminous.

We wish to guide everyone’s future because everyone comprises the universe that forms our consciousness.  Therefore, we have a stake in everyone.   The universe includes everyone within the person we are before breeding them with our breathing.   Since the person is a unit, the universe is two units.   Since the consciousness is four units, the ideal self is ten units. Therefore, since we become a guru by reproducing our ideal self, the guru is a hundred units, and so is the reproductive power and guider power.   When our stakeholder followers reproduce our guider power, even the non-stakeholders gravitate towards us if they are within the gravitational field formed by our followers.  Therefore, our guider power is the gravitational energy we service in the form of the gravitational force due to our stakeholder followers.

Our infinite networking system threatens the non-stakeholder aliens.  Therefore, they seek to repel our I, making our consciousness a taboo to be cleansed out of their system.  They make their personal taboo a social taboo.  When both individual persons and social groups conceive our consciousness as polluted, it becomes an institutional taboo.    Taboo is also one’s alignment with another.   It is quantum superpositioning of the repulsion force over the attraction force one generates towards another who is the self-same essence.    Another responds to the institutional taboo with prejudice for one’s cleansed consciousness.  Prejudice is another’s alignment with the one for whom the cleansed consciousness is a taboo to be cleansed further.  Prejudice is the positioning of the attraction force within the repulsion force another generates towards the one not conscious of the self-same essence.  Prejudice lets another take advantage of the one not conscious by converting the one into a devotee follower.   Another behaves like a devoted leader to create a power distance from the devotee follower.   Thus, another, the confident stakeholder citizen, creates a power distance from the one threatened non-stakeholder alien.

One’s reasoning faculty limits the energy value of the diverse forms of the alignment as a function of one’s intellectual power as another seeking self-awareness.  The starting point of one’s intellectual power is the 12-unit I, without the 3-unit variation in time over the past, the present, and the future.  The nine units form the culture element that another reproduces within the 3-units of time it enjoys, without one’s I, for realizing the 6-unit growth.   The 6-unit growth is the visible half of “I” as a self-luminous entity radiating its conscious light force to contaminate the organization’s consciousness.   It mediates the person anyone becomes through acculturation with the organization’s consciousness.  Therefore, the energy value of the intellectual power, reasoning faculty, alignment, taboo, prejudice, and discrimination is 961.

The energy value of our conscious energy is the ten-unit ideal self, conscious of everything, times the hundred-unit infinite self, reproducing the confidence consciousness of the ideal self as a guru.   It is 1000 units.  It is the sum of our energy as an organization and our reasoning faculty for organizing our essence with our creative force.

The energy value of the omnipotent masculine is the 100-unit confidence consciousness one has times the 16-unit essence that endows one with a consciousness of confidence.  It is 1600 units.  The present comprises the citizens with rights, behaving like the omnipotent masculine for consuming the gifts Mother Nature produces.  Therefore, the present, and its present, i.e., absolute consciousness (Paramatma), also has an energy value of 1600 units.

The energy value of the omniscient feminine is 91, a person self-luminous through the culture element of Mother Nature, without the supernatural person-mediated growth.

Dr. Vipin Gupta (www.vipingupta.net) is the professor of management at the California State University San Bernardino.  He has received a Ph.D. from the Wharton School and a gold-medalist at the Indian Institute of Management Ahmedabad.  He has published more than 180 international academic articles and 25 books.   These insights are developed in this year’s 12-book Project VIPIN, Vastly Integrated Processes Inside Nature.   The first seven books, what is divine energy, what is present reality, is present reality, is divine energy, what is consciousness, what is para consciousness, and what is self-awareness, are available through Amazon and other channels in paperback, hardcover, ebook, and audible forms.