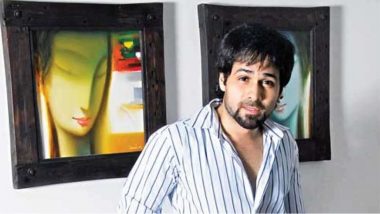 The fastest sports cricket news platform CBTF names Bollywood actor Emraan Hashmi as its first brand ambassador. Emraan Hashmi, a true gentleman in his real life, has worked in romantic films, thrillers, action movies and horror films too. He has been on the path of versatility since 2009 working on different kinds of scrips and performances.

From a film like ‘Once Upon a Time in Mumbai’ to a film like ‘Shanghai’, an international one like ‘Tigers’ to ‘Ghanchakkar’ which was a dark comedy, to recent drama film ‘Chehre’, he was blessed to play such diverse characters and more to come. With his versatile personality, now he will be seen joining hands with the advertisement industry.

Watching the craze of cricket fans and with the advent of the internet, many people are interested to watch the livestreaming on the website. This is a game that has gained many followers all around the world and are mad about them. The craze is so much that whenever there is a cricket game, there is no seat in the stadium that is empty.

Having said that, we are excited to have Bollywood actor Emraan Hashmi on board as our brand ambassador for our cricket news website. It will be a great mix of cricket integrated with a Bollywood star adding more versatility to our brand.