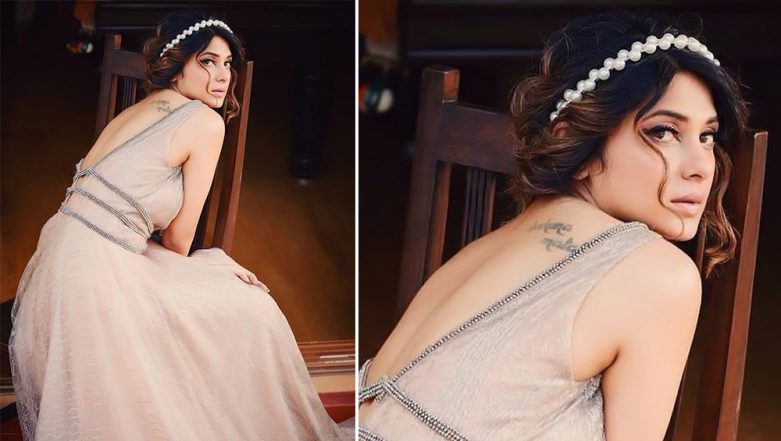 Jennifer Winget, who is a social media sensation with an enviable fan following on Instagram, has taken the fashion world by storm with her sartorial experiments and fearless style sense. The actress has turned heads with not just her western looks but also aces the ethnic avatar with equal grace and finesse. The diva, on Saturday (August 10), took to the photo-sharing app to share a beautiful image on her social media as she wrote, "I spy with my little eye, a whole lot of love and happiness with it." Jennifer's Instagram feed is a surely paradise for fashion connoisseurs and an inspiration for fashion lovers. Eid Al-Adha 2019: From Jennifer Winget, Hina Khan to Erica Fernandes, Take Inspiration From These Telly Divas’ Traditional Outfits This Bakrid

Jennifer Winget is one of the most talented and sought-after actresses in the TV industry. She has not only won a lot of hearts but also created a niche for herself in the industry. Last seen on television in Bepannah, Jennifer, who is known for successful Hindi shows like Dill Mill Gayye, is now all set to make her digital debut and will next feature as a military officer in ALTBalaji's forthcoming courtroom drama Code M.

I spy with my little eye, a whole lot of love and happiness with it.

Meanwhile, reports suggest that Jennifer and Kushal Tandon's popular drama Beyhadh, that went off air in 2017, is returning with another season and is all set to go on floors and will premiere by April. Apparently, Jennifer, who wowed us with her brilliant performance in season 1, will be part of the show, but Kushal is in no mood to do the show! However, nothing has been officially confirmed by the makers yet. Stay tuned!