National Armed Forces Day 2021 in US Date: Know History and Significance of the Day That Honours Uniformed Warriors in the US Military 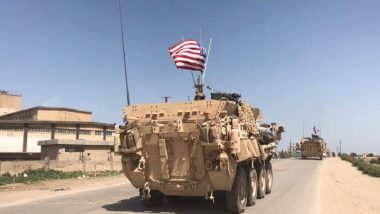 National Armed Forces Day 2021 Date in the US:

America’s revered uniformed warriors serving under five branches of the United States Military are celebrated on the third Saturday of every May, falling on May 15 this year.

How to Celebrate Armed Forces Day?

Many events take place across the United States to honour men and women in uniform who served the country in times of war and peace. All five departments of the US Military- the Army, Navy, Marines, Air Force and Coast Guard- are honoured on this day.

(The above story first appeared on LatestLY on May 14, 2021 08:41 PM IST. For more news and updates on politics, world, sports, entertainment and lifestyle, log on to our website latestly.com).