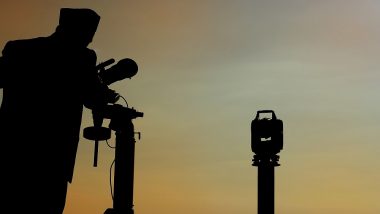 Shab-e-Miraj, also known as Isra and spelt as Shab-e-Meraj, is the night during which, according to Islam, Prophet Mohammed ascended to the heavens around the year 621. Isra means walking in the night and Miraj signifies "to ascend". While the entire Muslim world believes in the miraculous journey of Prophet Mohammed to the heavens, a section holds special prayers to celebrate the night, known as Shab-e-Miraj. They greet each other and send SMS and messages on WhatsApp celebrating Shab-e-Miraj. Scroll down to get Shab-e-Miraj wishes, SMS, status, pictures and WhatsApp messages to observe the special night. Shab e Miraj 2020 Date: Know Significance of Isra Night in Islamic Calendar.

Shab-e-Miraj is observed on the 27th of Rajab month. On this night, Muslims believe, Allah instructed the angel Jibrael (Gabriel) to bring Prophet Mohammed to Him. The Quran's surah al-Isra contains an outline account of the Prophet's journey to the heavens. Prophet Mohammed was first taken to the Al-Aqsa mosque in Jerusalem. At the mosque, Mohammed is said to have led the other prophets in prayer. His subsequent ascent into the heavens and meeting with Allah came to be known as the Miraj. 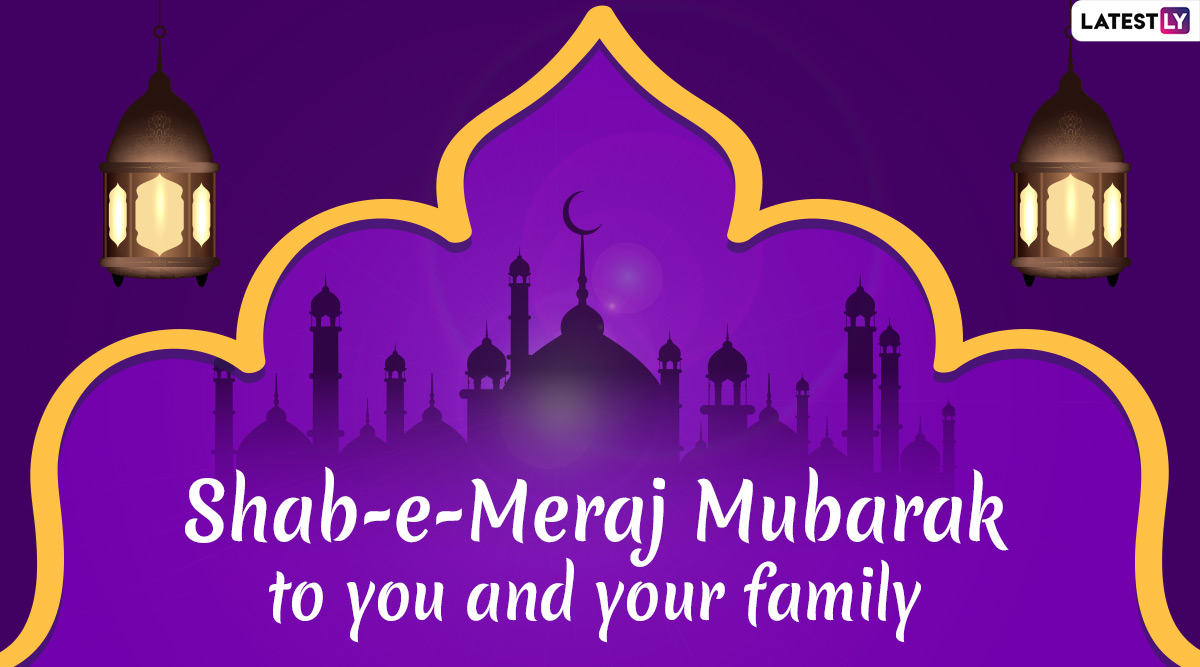 Shab-e-Miraj Greeting Reads: Shab-e-Meraj Mubarak to you and your family. 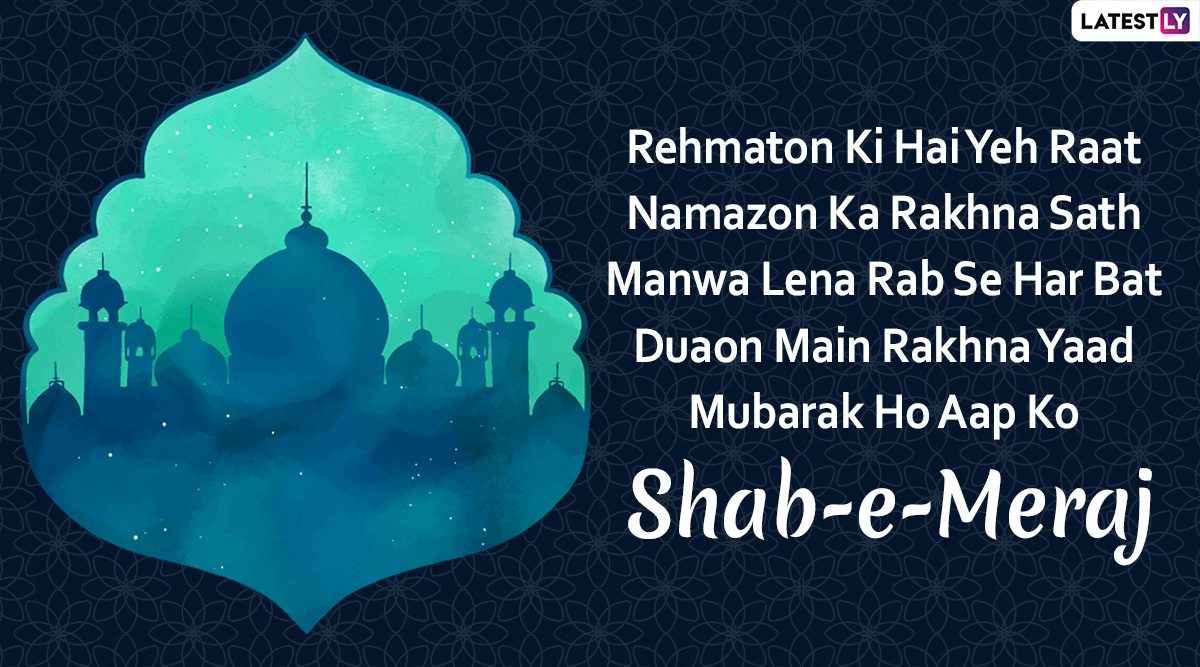 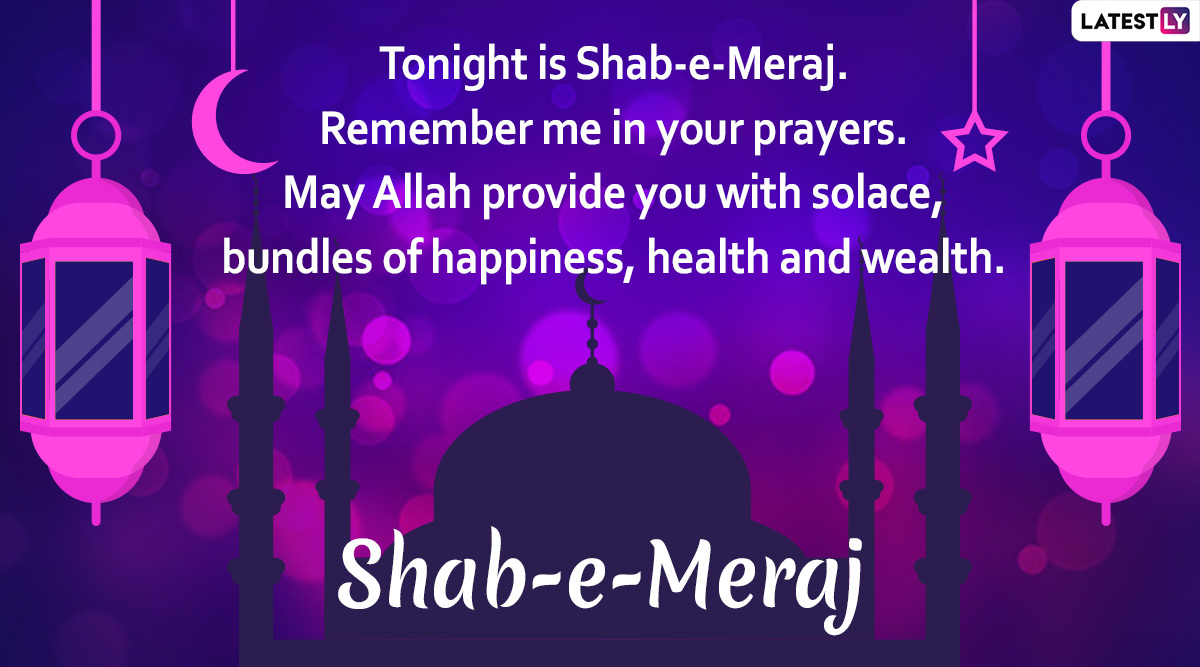 Shab-e-Miraj Greeting Reads: Tonight is Shab-e-Meraj. Remember me in your prayers. May Allah provide you with solace, bundles of happiness, health and wealth. 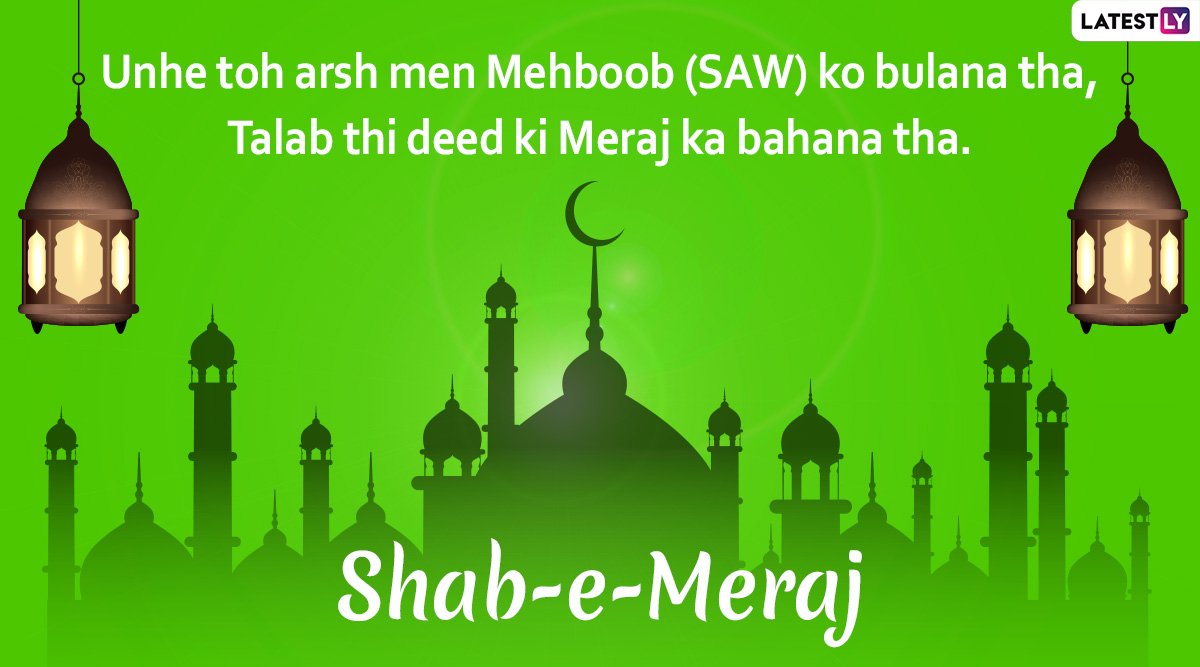 It is believed that when the Prophet Mohammad met Allah, out of the many discussions the Holy figures had, the importance of prayer or Namaz was one of them. Allah made Namaz compulsory for all Muslims five times a day. It was Prophet Mohammed who requested to Almighty to reduce the number of prayers.

(The above story first appeared on LatestLY on Mar 22, 2020 02:59 PM IST. For more news and updates on politics, world, sports, entertainment and lifestyle, log on to our website latestly.com).