While at what age a woman starts drinking is just one factor that is associated with breast cancer, how she drinks is also another primary factor. 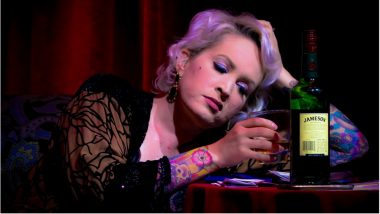 According to a report from the American Society of Clinical Oncology, the group lists breast cancer as one of the primary types of cancer directly linked to alcohol consumption. Most women have one in eight chances of developing breast cancer during their lifetime. Taking every preventive measure possible is one way to lower your risk, and a good place to start is looking at your booze intake. While at what age a woman starts drinking is just one factor that is associated with breast cancer, how she drinks is also another primary factor.

Any potentially cancerous cells are growing at a fast pace and multiplying, making the young adult years important time for risk reduction. “For a woman’s teenage years to her first pregnancy, her breast cells undergo rapid profiferation,” says Heidi Memmel, MD, a breast surgeon. “Breast cancer risk accumulates across a woman’s lifespan, but the most rapid accumulation occurs around the time a woman has her first period to her first pregnancy.” After pregnancy, a woman’s breast tissue undergoes biologic changes that make the cells more cancer-resistant. This helps explain why women who have children later in life or do not have children at all are at higher risk, says Dr. Memmel.

Dr. Memmel further says there is a significant increase in breast cancer risk associated with alcohol consumption before age 30, especially if the woman began drinking at an early age. While the link between alcohol and breast cancer isn’t completely clear, she says, the prevailing theory is that alcohol affects circulating estrogen and estrogen receptors in the breast tissue. “The products of alcohol metabolism in the body are also thought to potentially play a role in breast tumour cell growth,” says Dr. Memmel. “Alcohol is causally related to the risk of breast cancer, with a seven to 10% increased risk for each drink of alcohol consumed daily,” says Dr. Liu, a researcher and assistant professor at the Washington University School of Medicine.

The age at which a woman begins drinking is only one part of the equation. How she drinks also factors into risk. As defined by the Centers for Disease Control and Prevention, binge drinking is when women have four or more drinks in two hours is problematic. “Women who report seven drinks on the weekend, but no alcoholic drinks during the week have a higher risk than women who have one drink per night”, explains Dr. Memmel “Because much youth alcohol consumption is in the form of binge drinking, many young women are unknowingly putting themselves at higher risk of developing breast cancer.” The CDC reports that one in six adults binge drinks about four times a month.

(The above story first appeared on LatestLY on Apr 22, 2018 11:00 AM IST. For more news and updates on politics, world, sports, entertainment and lifestyle, log on to our website latestly.com).