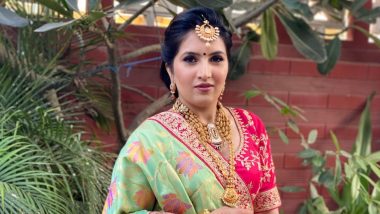 Hetal Desai is a Melbourne based Fashion designer who started her career back in 2017 with a dream of becoming one of the leading fashion designers in the industry.

Hetal opted this career right after her marriage and signed up for a fashion program from BRDS, Ahmedabad. Soon after completing her degree, Hetal went for a 1-month internship and then started her own journey as a freelance designer in Ahmedabad.

Naming her label as Veer Fashion, Hetal began to showcase her work at prominent shows and exhibitions in Gujarat which went ahead to become a huge hit amongst the local residents of Ahmedabad.

Hetal’s idea to connect with the customer's emotions and showcase them through her designs have paved her way to success and she soon became one of the prominent fashion designers in Ahmedabad.

Hetal offers a wide range of expertise in casual wear, lehenga cholis for women and kids of all age groups. She is also specialised in making Rabari dress, a special community-based outfit. Hetal is also known for her hand-painted designs which were also part of one of the fashion shows held in Ahmedabad by BRDS institute.

Currently residing in Australia, Hetal manages her business in India with the help of her mom and her sister along with a big team comprising of craftsman and labourers.

Hetal Desai has won several awards in the past for her huge body of work and is looking forward to expanding her business in the foreign market as well and carve a niche for her brand globally.