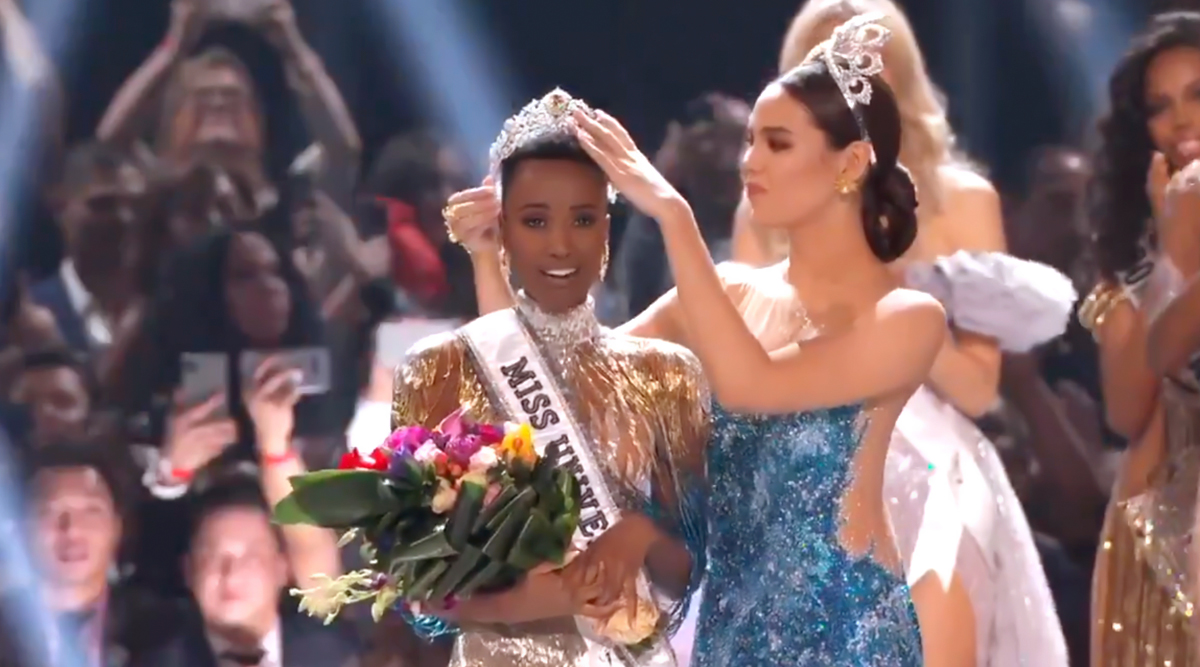 Zozibini Tunzi was born Tsolo, Eastern Cape and raised in the nearby village of Sidwadeni. She later moved to Cape Town where she attended the Cape Peninsula University of Technology, where she graduated with a bachelor’s degree in public relations and image management as well in 2018. Let us know a few more things about the 68th Miss Universe winner.

2. Zozibini Tunzi is a graduate in public relations and image management.

3. The 26-year-old is an activist and has devoted her social media campaign to change the narrative around gender stereotypes.

4. Zozibini Tunzi is also a proud advocate who encourages women to love themselves just the way they are.

5. With her big win, Zozibini Tunzi became the third woman from South Africa to win the prestigious Miss Universe 2019 title.

Ninety women from across the far corners assembled for the 68th beauty pageant crowning of a new intergalactic queen. Steve Harvey host the show with Olivia Culpo and Vanessa Lachey who was serving as backstage correspondents throughout the night. Zozibini Tunzi outshined Sofia Aragon (Mexico) who was placed third and Madison Anderson (Peurto Rico) who was the runner-up.