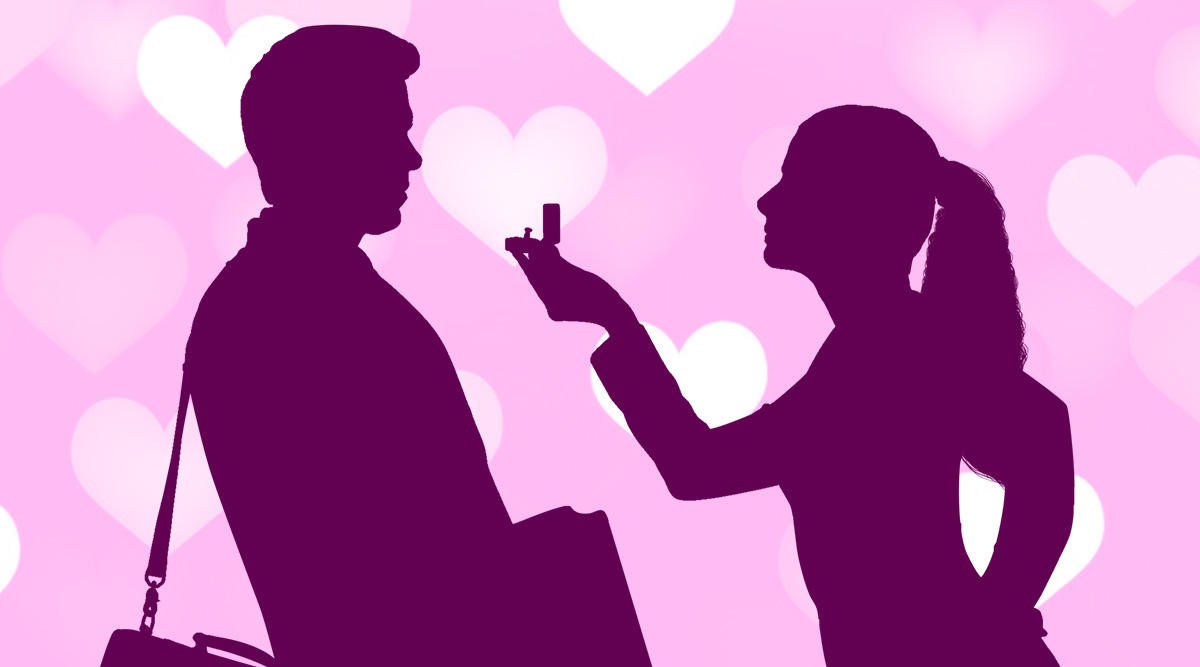 Who says it's always the boys who have to propose? A Chinese woman took charge of proposing to her boyfriend and that too in sheer grandeur! A 24-year-old woman named Xiaojing popped the question by bringing him a property deal and a brand new BMW. The proposal has sent tongues wagging not only locally but even around the world. The girl did it all as a surprise on their first anniversary and as a return to all his sacrifices! With a surprise so grand, the boy could not refuse. World's Most Unique Wedding Proposal? Japanese Man Travels 6 Months to Spell 'Marry Me' on Google Earth, Watch Viral Video.

Xiaojing and Xiaoke have been dating for a year and to make things more special, the girl planned the surprise at the exact same place where he had first asked her out. On the said day of their first anniversary, Xiaojing said she wanted to pick up something from the exhibition hall. Meanwhile, she arranged for a bouquet of flowers, BMW car keys and a property deed. And for the special moment, she wore a white wedding gown too. She took help of her family and friends for the arrangements and made it a proposal he would never forget. ‘Will You Marry Me?’ Chest Tattoo Impresses Netizens As UK Man’s Unique Proposal to Girlfriend Goes Viral (View Pic).

As you can see, she even decorated the hall with balloons. While proposing she mentioned that it did not matter to her if he owned a house or car but she would still want to live with him. And if you are wondering how she could afford such expensive gifts, well, then it was her parents who helped her. "He's usually the one taking care of me and making sacrifices for me. I really want to do something for him," she was quoted to local reporters. She added that the material possessions did not matter much but all she wanted was love. Her boyfriend Xiaoke was indeed touched by her gesture and said a "yes."