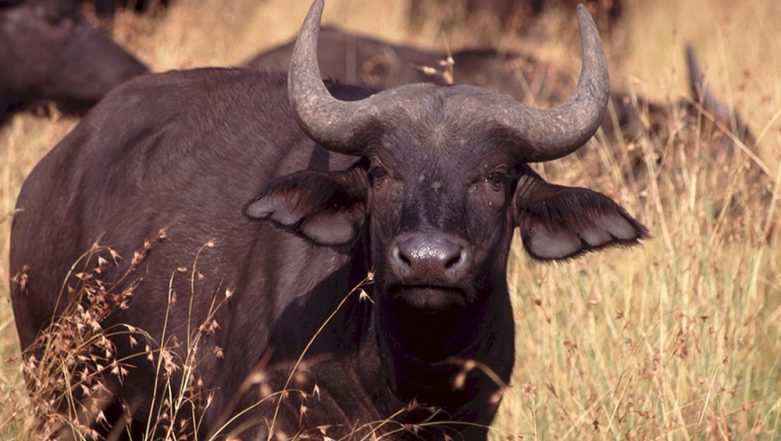 A lone Cape buffalo, large African bovine, at the National Zoological Park in Delhi died last week. Now it has emerged that the animal may have died because of consuming plastic which was discarded by some visitors. The male Cape buffalo died on August 27 in the Delhi zoo. A post-mortem report showed a plastic packet within the stomach of the large bovine. Thailand’s Beloved Baby Dugong ‘Mariam’ Dies Due to Plastic Pollution! Three Other Heart-Breaking Times When Plastic Killed Sea Creatures.

A senior official at the zoo told HT, "During post-mortem, a plastic packet was found in its stomach. The plastic might have flown into the {animal} enclosure. Visitors often come with plastic bags in the zoo and discard them." The report also states that the zoo’s veterinary officer Abhijit Bhawal has asked the zoo director to look into the matter seriously. It is indeed a shame that negligence on part of some visitors has cost a life of a rare species found only in Africa.

Animal rights activist Gauri Maulekhi was quoted in the same report, "Delhi is a declared no-plastic zone. But it remains only on paper. Visitors enter the zoo freely with plastic bags and even throw them everywhere inside the premises. There is no check." The Delhi zoo had two Cape buffaloes, one of which died in the month of February 2017 because of tuberculosis. Thailand Whale Dies After Swallowing Plastic and Pune Bull Ingest 85 kgs of Non-biodegradable Waste! Can we Pledge to Beat Plastic Pollution.

This is definitely not the first time an animal has lost its life by plastic ingestion. There have been numerous instances, one of the latest ones being Japan’s Nara Park which saw the death of almost nine deer after swallowing plastic bags.

Know Some More About Cape Buffaloes

Cape buffaloes are the only member of the cattle tribe which is found in Africa. They are the largest of Africa's wild bovids and the horns of an adult buffalo are their characteristic feature. Considered among the most dangerous animals in the African continent, they are even capable of killing lions! Some of them have been documented with gory encounters and kill over 200 people every year by trampling.